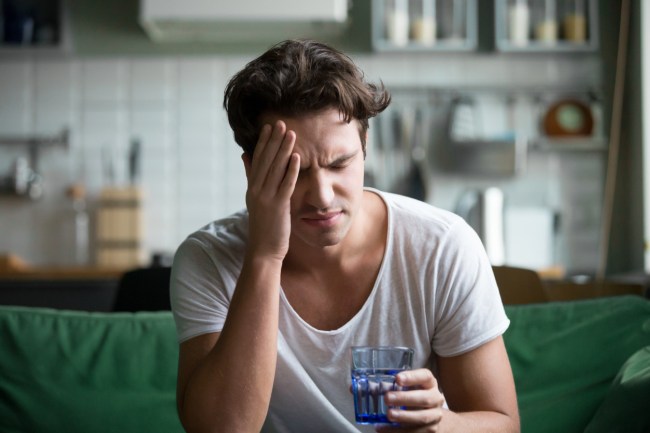 The world has collectively dedicated tens of billions of dollars to scientific research over the course of the past few decades in search of an ever-elusive cure for cancer that has essentially become the medical community’s Holy Grail.

While it may be a slightly less admirable cause, a sizeable chunk of cash has also been allotted to fund research devoted to discovering a treatment for another ailment that has managed to outwit the people who study it at seemingly every turn: hangovers.

I’ve harnessed basically every strategy under the sun in an attempt to combat hangovers since I was first introduced to the consequences that come with declining to drink in a responsible manner, and while I’ve never resorted to snorting lines of Pedialyte like some people, I assume that method is just as ineffective as the bottles of Gatorade I’ve chugged and the pills that have appeared in recent years that largely fail to live up to the promise on the label.

One man spent a full decade purposefully subjecting himself to miserable mornings in an attempt to figure out the best way to minimize how much you hate yourself for making all of the poor decisions you did the night before and said there are naturally-occurring substances in certain foods that seem to be the key to solving this conundrum—a finding that seems to be supported by research conducted by a professor at UCLA.

Now, according to Study Finds, scientists in Germany claim they’ve made one giant leap for mankind with an experiment of their own conducted with the help of 214 lucky volunteers who got the chance to briefly experience what it’s like to be a contestant on a reality dating competition by being told to drink as much as they could handle over the course of four hours before being given one of three treatments to test their effectiveness.

The primary goal was to determine the impact of a potential cure the team developed by extracting certain vitamins, minerals, and antioxidants from a variety of plants to create a cocktail designed to minimize the consequences that come with downing that one last cocktail you probably didn’t need.

While the group of people who received a placebo predictably had a pretty bad time, those who received the “full” cure as opposed to a milder combination of ingredients were noticeably better off, as “the average headache intensity was 34% less severe, nausea symptoms decreased by 42%, feelings of indifference fell by an average of 27%, and restlessness by 41%.”

It’s unclear what will be required to get this apparent game-changer into the hands of the masses, but when you consider how long we’ve been waiting, I guess we can manage to endure for a few more years.