UCLA Professor Successfully Tested A Hangover Cure On Mice, Could Help Humans In A Few Years 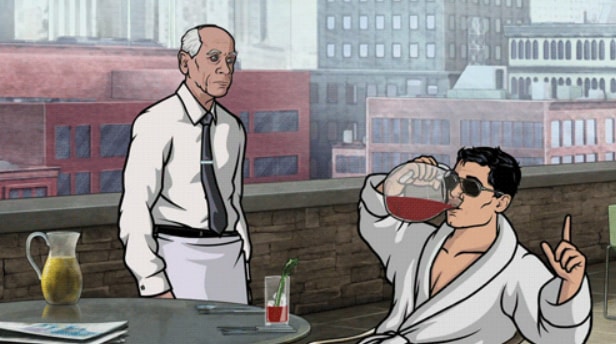 There are over 150 results when you search “hangover cure” on BroBible including guidance from Ozzy Osbourne, chefs, David Beckham, and Anthony Bourdain.

So finding a cure for debilitating and day-wrecking hangovers is near and dear to our hearts. While there has been no definitive hangover cure endorsed by science, hopefully this UCLA professor could be the secret remedy that society has been searching for. Fingers crossed.

Yunfeng Lu, a “wine enthusiast” and chemical engineering professor at UCLA, has set on a quest to find the coveted hangover cure. Professor Lu is not only trying to find a hangover cure to alleviate his own Malbec headaches but also because up to 10% of emergency room visits in the U.S. are due to acute alcohol poisoning and is the leading risk factor for premature deaths and disability among people aged 15-49.

Professor Lu says that he has found an “antidote that could help people enjoy wine or cocktails or beer without a hangover, and at the same time create a lifesaving therapy to treat intoxication and overdose victims in the ER.”

Not only does this miracle pill cure hangovers, but it could also protect your liver from the damaging effects of consuming alcohol such as cancer and cirrhosis.

The UCLA professor teamed up with Cheng Ji, an expert in liver diseases from Keck School of Medicine at the University of Southern California, to make a pill that helped the human body process the alcohol faster, thus less abuse on your poor liver. The duo created capsules that are chockfull of natural enzymes usually found in liver cells. So can we get a few pills? It’s gonna be a wild weekend and we could use them.

The hangover cure has been tested on mice and it has been a success. By successful, they do not mean that the mice were playing racquetball and were able to not fall asleep during brunch with their girlfriend and her friends the morning after a three-day bender. They measured the success of the miracle drug by noticing that the treatment had decreased the blood alcohol level in drunk-ass mice by 45% in four hours.

The promising elixir also kept the concentration of acetaldehyde “extremely low.” Acetaldehyde occurs naturally in coffee, bread, and ripe fruit and is found in alcohol.

It’s the nasty compound that gives you pounding headaches and vomiting after drinking too many Jack and Cokes. The International Agency for Research on Cancer (IARC) has designated acetaldehyde as a Group 1 carcinogen. So do they need human guinea pigs to test out if this hangover cure works? We’re willing to help in the name of science.

So now we can get the hangover cure pills? Actually, not just yet. The scientists will continue to test the lucky intoxicated animals to ensure there aren’t any “unexpected or dangerous side effects.”

Then if all goes well, human clinical trials could begin as early as next year. Where do we sign up? Until this wonder drug is tested, approved, and sold to the public, you’ll have to put your trust into Bloody Mary’s as your hangover cure.