The Perfect Dream Job For Our Current Times Will Pay You $2,000 To Watch Every Episode Of Any TV Show You Want 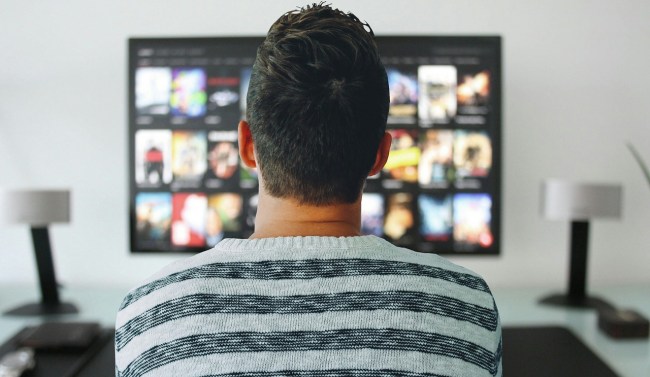 Everyone has had at least one job they dreamed of having one day at some point in life, and while there are certainly plenty of people out there who were eventually able to see their goal realized, I’m going to assume most of us had our hopes dashed because we lacked one or a combination of the motivation, money, skills, luck, attractiveness, and connections necessary to become a basketball-playing astronaut who is also the President of the United States.

Oh well. Maybe in the next life.

Once confronted by this reality, the next move is to typically figure out an occupation that will still bring you at least some enjoyment—and if you can’t do that, you keep exploring what’s out there until you figure out a way to make a living that causes the least amount of misery compared to the other options available to you.

I don’t think I’m alone in defining my dream job as the one that pays the most and requires the least amount of time and effort on my end. However, I’m not willing to deal with the risk that comes with selling drugs on the dark web so I’m perfectly content in my current position spending my days attempting to inform and provide mild amounts of entertainment to people on the internet.

During my daily treks around the world wide web, I regularly come across companies seeking applicants for jobs that seem too good to be true, whether it involves getting paid to watch The Office or compensated to make your way through every episode of Friends.

However, there’s a new posting that may have topped every single one to come before it and it couldn’t have come at a better time, as CableTV.com is currently seeking five people willing to shoulder the daunting task of getting paid $2,000 to watch every episode of any television series of their choosing—regardless of how long it’ll take to complete the task.

All you have to do to apply is pick your show of choice and answer a few simple questions to set yourself up for the chance to cash the easiest paycheck you’ll ever land. You’ll also get some additional perks, including a free year of access to your preferred streaming service and a $100 gift card you can use to have food delivered while you work your way through whatever series you’re tackling.

It’s worth noting there’s no explicit definition of what constitutes a “season,” so while I guess you can pick one of those shows that was endlessly promoted during NFL games on CBS only to be canceled after four episodes, you may want to err on the side of caution and opt for one that got through its initial order before being axed.