WATCH: These Giant Eagle Rays Launching Themselves Out Of The Ocean Is Mind Blowing 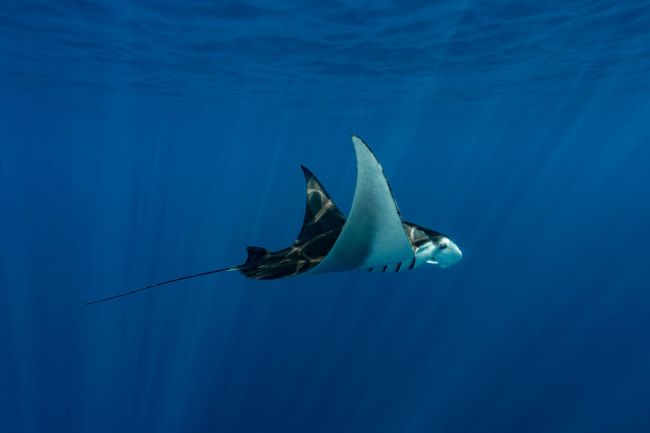 Nature is crazy and the people who spend their lives filming the beautiful creatures of the world are equally as impressive. This incredible video of Giant Eagle Rays off of the Western coast of Mexico is no exception.

While the spring and first half of the summer is not only prime feeding time for rays, it is also prime mating time. To attract a potential suitor, the rays leap out of the waterr in hopes of being noticed.

Leap is an understatement. The rays, which can grow to more than 500 pounds, send themselves more than six feet above the surface.

Eagle rays are a group of cartilaginous fish (fish with skeletons) that primarily live in the open ocean, rather than the on the sea bottom. They feed primarily on mollusks and crustaceans.

Their size is astonishing, especially considering their launch out of the water. In addition to their weights (which do vary and are usually around 200/300 pounds), they can reach a length of 11 feet, or up to 16.5 feet when you include the tails.

As for their wingspan, they stretch up to 23 feet across. And yet they’re sending themselves almost their length into the air.

Nature is crazy and we are lucky to have people catch mind-blowing videos like this. Nobody in the 1800s got this footage!