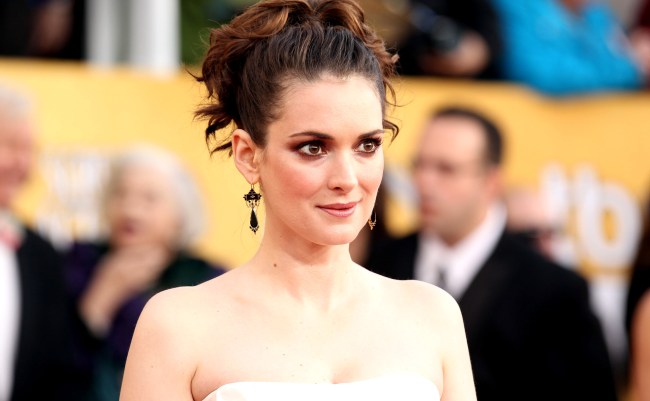 Well-documented racist and homophobic actor Mel Gibson has responded to Stranger Things actress Winona Ryder’s claim that at a Hollywood party in 1995 when Gibson learned about her Jewish heritage he asked her if she is an “oven dodger.”

While speaking to The Sunday Times, Ryder, who was born Winona Laura Horowitz, recalled, “We were at a crowded party with one of my good friends, and Mel Gibson was smoking a cigar, and we’re all talking and he said to my friend, who’s gay, ‘Oh wait, am I gonna get AIDS?’ And then something came up about Jews, and he said, ‘You’re not an oven dodger, are you?'”

Apparently, back then, Gibson thought it was funny to joke about Jewish prisoners who avoided being burned to death at Nazi concentration camps during World War II, allegedly. Comedy!

Of course, he denies ever saying such a thing because how could a man such as him ever do something like that?

“She lied about it over a decade ago, when she talked to the press, and she’s lying about it now,” the reps said, referencing a 2010 GQ article in which Ryder, now 48, first mentioned the alleged incident. She also claimed Gibson once tried to make amends for offending her.

However, the 64-year-old “Braveheart” Oscar winner’s rep continued, “Also, she lied about him trying to apologize to her back then. He did reach out to her, many years ago, to confront her about her lies, and she refused to address it with him.”

Her exact quote to GQ back in 2010 was, “I remember, like, fifteen years ago, I was at one of those big Hollywood parties. And he was really drunk. I was with my friend, who’s gay. He made a really horrible gay joke. And somehow it came up that I was Jewish. He said something about ‘oven dodgers,’ but I didn’t get it. I’d never heard that before. It was just this weird, weird moment. I was like, ‘He’s anti-Semitic and he’s homophobic.’ No one believed me!”

Of course, when your batsh*t crazy father espouses conspiracy theories that claim most of the Holocaust was a work of fiction, like Mel’s dad did, it’s kind of understandable why a person would be ill-informed and more than a little bigoted. Actually, wait… no, it doesn’t.