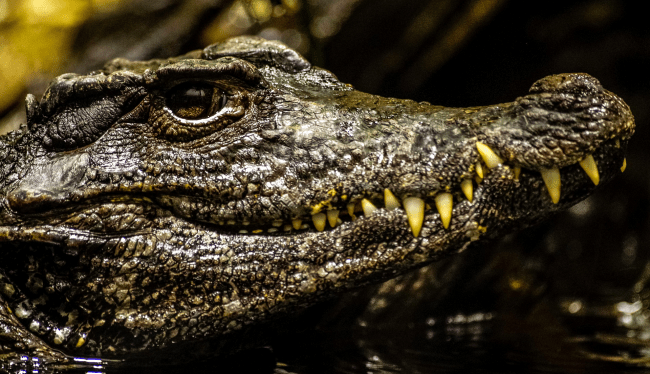 Golfing in Florida is not like the rest of the United States. For one thing, golfers in almost every other state in America don’t have to contend with giant alligators crossing their paths as they try to get in a quick 9 or 18.

This week, we’ve got yet another alligator, a gigantic beast with only three legs, just taking a nice stroll across the fairway at the Bonita Bay golf course in Bonita Springs, Florida.

In the footage, shared by Matt Devitt with WINK Weather on Facebook, we hear one of the golfers notice, “He’s missing a foot.”

Devitt wrote in the caption to the video, “Check out this big boy walking across a Bonita Bay golf course this past weekend from a WINK viewer. Welcome to Jurassic Park!”

Not that the living dinosaur seemed to bother many of the golfers on the course.

“Amazing creatures. Real life dino,” one viewer commented. “Love the way Floridians don’t take any notice of it and carry on playing golf like it’s normal!”

“Those golfers just acting like they don’t even see the dinosaur on the course,” someone else replied.

“Why don’t those golfers not see themselves as a potential snack?” another person wrote. “I’m telling ya, I’d be running for my life.”

“I would give up golf for sure,” claimed another.

Apparently, there are so many alligators getting into things down in Florida that it doesn’t really phase the residents of the state.

Just last year, WINK News reported about a 74-year-old woman who fended off an alligator with a shovel after being attacked while gardening.

The best part of that story? The local Fire Chief, Nolan Sapp, said the woman was calm after the attack in which the alligator pulled her into the water.

“She’s not hysterical; she’s okay. I heard her screaming and hitting it with a shovel,” said the person who called 911.