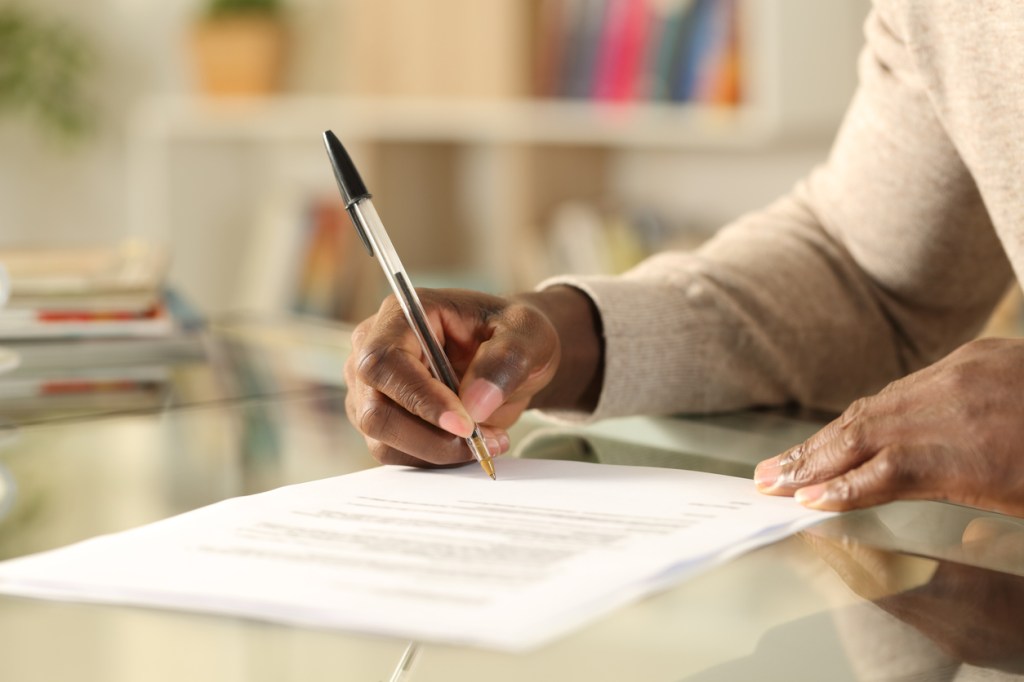 Fellas, if you met a girl on Tinder and two weeks later she presented a 17-page Relationship Contract, would you panic? If your answer is ‘yes’ then (1) you’re normal but (2) you should hear this couple out because it sounds like the openness upfront is working wonders for these two.

If someone I just met on a date suggested we sign a 17-page Relationship Contract my only response would be ‘and for that reason, I’m out’. But after reading about 21-year-old Annie and 23-year-old Michael’s experience it seems like there might be something to it.

Annie is a risk management and insurance student from Georgia. She had recently gone through a toxic relationship and didn’t want to experience that again. So two weeks after meeting Michael (last October) she “joked they should write down what they wanted from each other” according to the Daily Mirror.

“Joked” is an interesting word there. I “joke” with my neighbors that they can wash my car when they’re done washing theirs. I don’t “joke” about drafting 17-page relationship contracts. But the joke led to Michael (who is a law student) agreeing with her and Annie whipped up a cool 17-pages of rules about their relationship for them to sign.

A few of the clauses in the contract include:

Guys, this quote has me convinced ‘true love’ is real: “We treat our relationship almost like a business interaction. We deal with conflict like partners in business would.”

I too look forward to a time in life when I enter a blissful relationship that’s “almost like a business interaction” except it’s someone I share a bed with. If that’s not living the dream, I don’t know what is.

There’s an entire page about “saying no” and “prying”. The lengthy section details the need to be “assertive” and not sacrifice one’s needs for the others but if they do then the other shouldn’t be blamed for it.

He’s a law school student. She was coming out of a toxic relationship. When you consider those factors it’s not at all crazy to see how this ‘joke’ came to life. But it is wild to hear how successful it has been for them, in her words: “This has been a game-changer. I’d recommend all couples have one. It’s the best thing ever.”

This legitimately sounds like the opening 15 minutes of a Romantic Comedy starring Ryan Reynolds. Couple meets, they agree on some whacky contract, fall in love, everything’s working out great….until it doesn’t… but then they rediscover their love for one another was there all along with or without the contract. Someone get to work on drafting that script up.

I can already picture some dad holding a microphone at a wedding talking about how it all started with a relationship contract. This story writes itself.

If you want to see some pictures of the 17-page Relationship Contract you can check out this article on the Mirror UK.