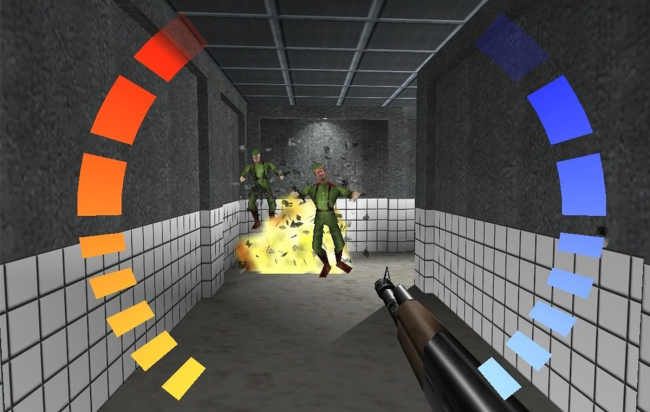 I’ve devoted an unhealthy amount of time to Hitman 3 since the most recent installment in the rebooted series came out last month and cemented the franchise’s status as one of the most enjoyable and replayable titles the video game world has to offer.

As a result, I am very amped that the studio behind them will be turning its attention to the world of James Bond for its next project, which will feature a new interpretation of Ian Fleming’s iconic spy as well as an original story to serve as a backdrop for his various espionage-related shenanigans.

James Bond has gotten the video game treatment a number of times over the decades, but I’m sure I don’t have to tell the folks at IO Interactive that there’s one all others will be measured by: GoldenEye 007, the legendary N64 title that holds a special place in the heart of virtually everyone who played it following its release in 1997.

Based on the movie that had come back a couple of years prior, GoldenEye allowed players to step into the shoes of Pierce Brosnan and relive the events of the film while taking a few creative liberties, as based on what I remember, there was never a scene where the actor dual-wielded Uzis while mowing down enemies with the laughably large heads you could generate by deploying one of the many cheat codes.

Of course, there was also the split-screen multiplayer mode that provided gamers with hours of entertainment and sparked countless arguments about whether or not you were cheating if you played with Oddjob (you were.)

A few years ago, I was curious to see if GoldenEye was as good as I remembered, and after tracking down an emulator, I discovered the answer was, “Uh, not really.” While it may have seemed revolutionary when it came out, the archaic graphics and clunky controls left an incredible amount to be desired, and I did what I could to block the replay from my memory to avoid tarnishing the fond memories of my youth.

Unbeknownst to me, the company that made GoldenEye revisited the game around a decade after its release to developed a remastered version for the Xbox 360, which ultimately never saw the light of day due to copyright issues. However, last week, that changed when footage of the reworked title popped up on the internet to provide fans with a glimpse of what could’ve been.

It turns out that was only the beginning, as Ars Technica reports a playable version of the remaster has now surfaced online (I don’t feel like getting sued, so while I can’t tell you where to find it, you shouldn’t have too much trouble tracking it down if you some knowledge of how to navigate the internet).

According to the person who booted it up on an emulator, the remaster is an incredibly polished version of the original GoldeEye and features gameplay tweaks that make it easier to control the character, navigate the levels, and dispatch the foes you encounter along the way. Multiplayer is also alive and well, and while there’s currently no way to play it online, it probably won’t take long for some technologically-savvy individuals to remedy that issue.

I didn’t think this week could get any better on the video game front after EA Sports announced the NCAA Football franchise is coming back, but it looks like I spoke too soon.