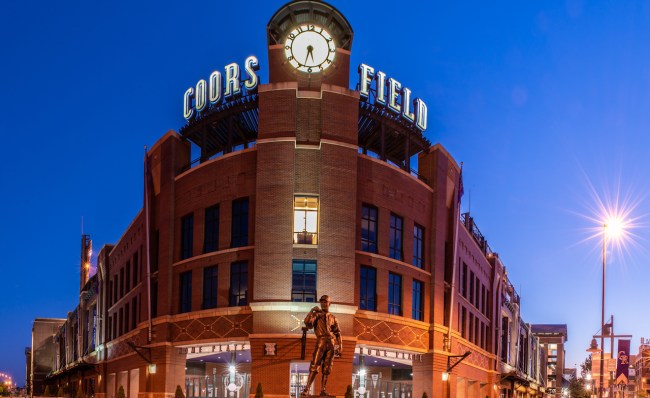 Minor league baseball is lowkey one of the most *fun* sports in our country.

Not “fun” in the sense of “enjoyable to watch”, but “fun” in the way people watching is fun: not really a hobby you can or should commit to full time but always something you’ll happily dabble in if you find yourself in the right situation.

Whether it be the cheap seats, cheaper beer, occasionally outrageous uniforms (Dad Bod jerseys, for example) and the range of talent from up-and-coming prospects to washed up old-timers, there’s something about minor league baseball that’s inherently entertaining, especially in the age of social media where all of these various teams are desperately trying to find a way to stand out.

However, sometimes the minor league shenanigans can take a turn in the wrong direction — fans get too drunk in the stands, managers get too aggressive with the umpires, Twitter accounts tweet out the phrase “slang sexual term for erection” because they’ve fucking HAD IT with fans suggesting they change their name to the “Chubs”. Wait, what?

Yes, folks, the poor social media manager of the Grand Junction Rockies — the minor league affiliate of the Colorado Rockies — found themselves in the regrettable position of having to address the constant inundation of fans suggesting they change their name to the “Chubs”. 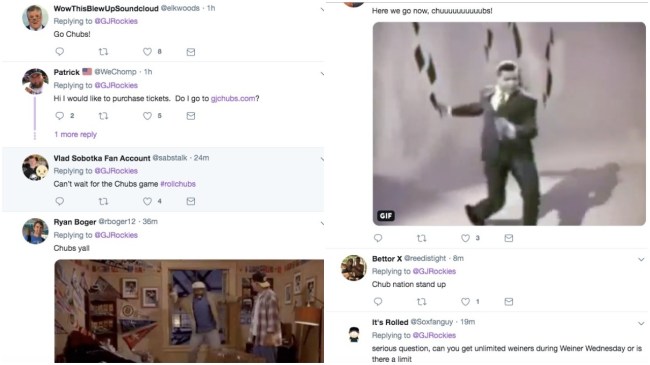 “The GJ Rockies are not considering changing their name and never have. We are owned by a group led by the Colorado Rockies and having a team on the west slope helps build their brand. Suggesting We would be called the GJ “Chubs” is offensive and a slang sexual term for erection.

The GJ Rockies pride ourselves on providing fun family entertainment and suggesting inappropriate name changes will not be tolerated. Anyone who continues to suggest the GJ “Chubs” in any way will be blocked from our account.”

The @Rockies minor league affiliate is so fed up with people suggesting they change their name to the “Chubs” that they’re threatening to block people 😂 pic.twitter.com/vV4MZuzW8K

Never change, minor league baseball — you are America in its purest form.

It all started with us calling for them to consider renaming themselves after an endangered fish species endemic to the area. Their response to this was to block everyone and now have gone full into making themselves a meme