At $6 Billion, ‘Grand Theft Auto V’ Has Now Made More Money Than Any Movie Or Video Game Ever 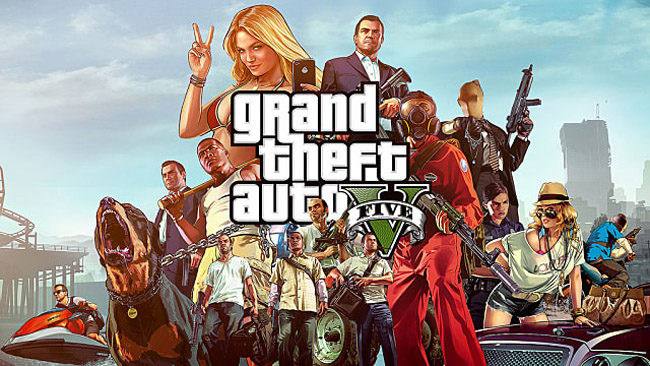 Five months ago we learned that with an estimated 85 million units sold, Grand Theft Auto V is the best-selling video game of all time. What we didn’t realize at that time, and has since been revealed, is that Grand Theft Auto V is also the most financially successful entertainment property ever (yes, that includes movies like Star Wars) and has now sold over 90 million units.

We’re talking about a video game that came out four and a half years ago… in September of 2013! That’s like 100 years in internet/video game time. After earning $800 million on its first day of availability and $1 billion in its first three days, Grand Theft Auto V has had a shelf life like no other video game ever.

According to a new report by MarketWatch, “GTA V stands alone largely because of the title’s continued longevity: It continues to bring in hundreds of millions in revenue more than four years after its launch, finishing 2017 as the sixth best-selling video game in the U.S., according to NPD Group data.”

GTA V sales are so impressive over such a long period of time that when asked, Needham & Co. video game analyst Laura Martin said she literally didn’t believe that a title originally launched in 2013 could sustain that level of success into 2018. Martin does not cover Take-Two, but does cover competitors Activision Blizzard Inc. and Electronic Arts Inc. which employ a strategy similar to Nintendo’s with Mario: Crank out new titles based on the property to get more money.

“The companies I cover have a new update every year or two, at the longest, often with a big expansion pack,” she said in a telephone interview, adding that companies should be investing in titles every year within existing franchises.

According to NPD Group data, people spent $36 billion on video games in 2017, a 15 percent increase over 2016. Meanwhile, movie box office sales improved only three percent globally, and actually fell when limited to just the United States.

So will Take-Two Interactive and Rockstar Games be able to replicate this kind of success when, if ever, Red Dead Redemption 2 gets released? Cowen analyst Doug Creutz thinks it’s unlikely, “Michael Jackson had a lot of hit albums but he only had one Thriller.”

Good point. I guess we’ll just have to wait until 2022 (?) for Grand Theft Auto VI to come out before we know for sure though.