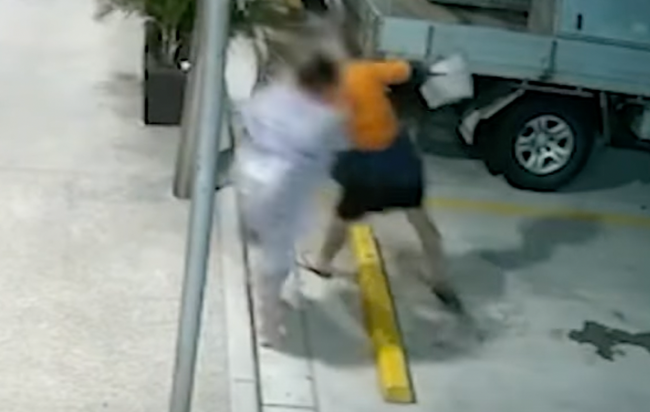 I’m an absolute sucker for a good heist movie, as I’ve watched Ocean’s 11 on more occasions than I can count and can confidently state that I have seen The Italian Job more times than any person currently walking the planet. I don’t know why I’m so drawn to this particular subgenre, but there’s something about watching a carefully-orchestrated plan that took weeks to draw up come together that really does it for me.

These elaborate capers obviously don’t occur in real life with the frequency Hollywood would lead you to believe, but there are still some criminals who’ve been able to pull off some impressively daring feats that required some serious planning, like the 16-year-old who once rappelled into a car dealership before driving away in Guy Fieri’s Lamborghini.

On the other end of the spectrum, you have people who put almost a negative amount of thought into their misdeeds, including one man in Australia who was recently captured on camera snatching a purse from a grandmother on a sidewalk in an incident that probably didn’t unfold as he had hoped.

According to ABC7, Queensland Police recently released a video that was captured on a security camera outside of a bar where this brilliant mastermind decided to grab the woman’s bag before attempting to flee only to run into a bit of a snag after A) forgetting he was wearing flip-flops and B) underestimating the athletic ability of the grandma (who was apparently celebrating her birthday nearby.)

After catching up to him, the woman tackled him to the ground, grabbed her bag back, and channeled her inner hockey player by pulling the guy’s shirt over his head before he fled away in a truck that was parked a few yards away (he was later arrested and charged with a robbery that resulted in the victim being treated for multiple cracked ribs.)

Fierce grandma chases and tackles bag-snatcher to the ground pic.twitter.com/rQ7Zhd9QD1

It’s been a rough year for people who weren’t prepared for the wrath of those they’ve wronged, as a woman in Texas was captured going full Terry Tate: Office Linebacker on a peeping Tom she caught peeking into her daughter’s window in January.

While this may not be directly related, I’d be remiss if I missed out on the opportunity to use a story about two people scuffling on the sidewalk to revisit the clip of someone in an Easter Bunny costume trying to break up a fight in Orlando a couple of years ago.

HOPPIN’ MAD: The Easter Bunny landed a few punches before an Orlando police officer stepped in and broke up this brawl: https://t.co/tZ1PJoQWlr pic.twitter.com/D5EZihnifZ

It truly never gets old.