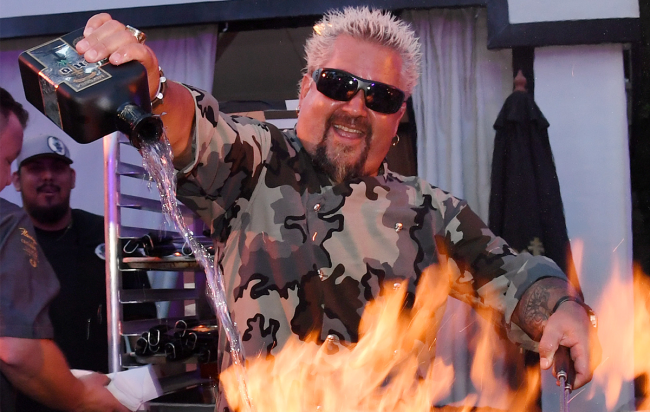 If you were asked to name what comes to mind when, say, someone writing an article on the internet mentioned “Guy Fieri” and “car” in the same sentence, it’s safe to assume the first thing that would pop into your head is the red 1968 Chevrolet Camaro the Mayor of Flavortown has used to ferry himself around to the various diners, drive-ins, and dives he’s visited over the years.

That’s far from the only vehicle Guy Fieri has in his possession, and while it might not be as impressive as his collection of ostentatious short-sleeve button-downs, he’s amassed a sizeable fleet of automobiles over the years that he keeps stored in a converted barn on his massive ranch in Santa Rosa, California.

In addition to his most iconic chariot, Fieri is also the owner of a couple of vintage Chevelles, an old-school Corvette, and a Shelby Cobra. All of those rides have a story behind them, but none of them come close to the saga of one car that’s no longer in his collection: a yellow 2008 Lamborghini Gallardo.

I consider myself a bit of a Guy Fieri scholar based on the slightly unhealthy obsession I’ve had with the chef stretching back to the season of The Next Food Network Star that sent his career skyrocketing into the stratosphere. As a result, I was shocked when I recently learned about a series of events revolving around the aforementioned Lambo that had somehow flown under my radar, as it’s one of the craziest stories—Guy Fieri-related or not—that I’ve ever heard.

Back in 2011, the chef headed to Chicago with his Camaro in tow after dropping off his Lambo at a dealership in San Francisco to get some work done, where the canary-colored car managed to catch the eye of a teenager named Max Wade. According to ABC7, the 16-year-old channeled his inner Danny Ocean and staged a heist (which was captured on video) that began when he rappeled down the side of a damn garage before infiltrating the building that was home to the supercar he broke into and promptly drove off in.

You’d think it would be a bit hard to keep a low profile when you consider the car in question, but Wade didn’t really attempt to, as he was more than happy to brag about the theft and even posted pictures of himself inside the $200,000 whip online. He also took it for a spin on multiple occasions, but as Fieri recounted, police were never able to nab him during the joy rides:

“We would get calls all the time and I mean all the time. I had friends call me who would say, ‘Listen, I just saw your car on the freeway.’ And I was like, believe it or not, there’s more than one yellow Lamborghini convertible probably in Northern California.

People would call and we’d get reports and my attorney would hear about it. Well, come to find out that he was driving it. Brave kid.”

However, law enforcement was eventually able to track Wade down when things took a bit of a dark turn, as he continued his life of crime by orchestrating a drive-by shooting to get revenge on a guy who was seeing a girl he’d become obsessed with. Following his arrest in 2012, police searched a storage unit he’d rented, where they were greeted by the Gallardo.

The teenager was eventually convicted on a litany of charges in court, where he was sentenced to 21 years to life in prison over the shooting at the end of a trial that gave us a fantastic courtroom sketch of Fieri testifying in relation to the crime Wade received an additional 16 months for. 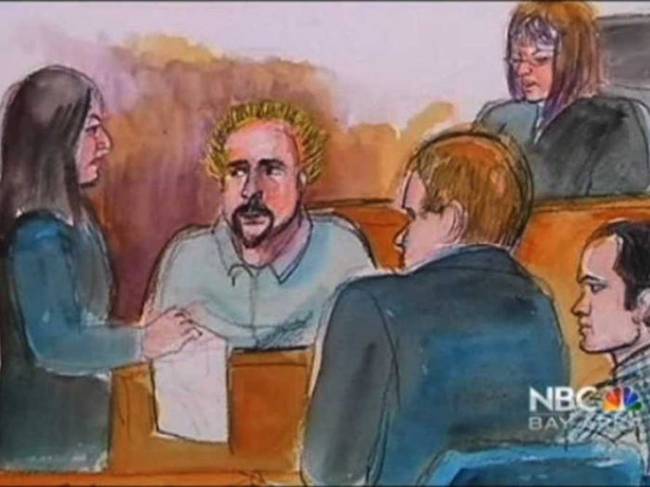 Earlier this month, a judge reduced Wade’s primary sentence by 10 years, meaning he’ll now be eligible for parole in 2025. As for the car, it appears it eventually ended up in the possession of Fieri’s insurance company, and while he appeared to put the incident behind him fairly quickly, it will forever live on as part of the culinary legend’s legend.