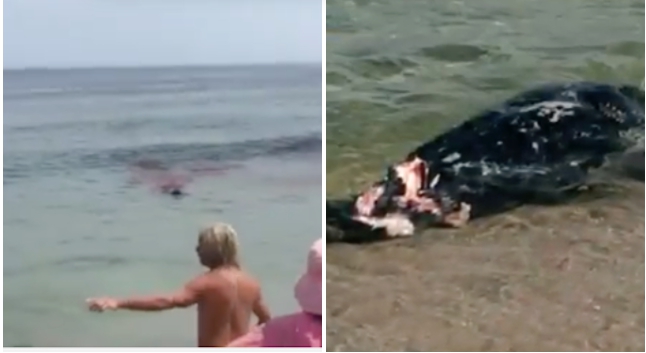 If you prefer not getting eaten by a shark, I suggest steering your boat clear of the Cape Cod waters. The Cape has seen a massive influx of great white sharks, a direct result of the increase in the gray seal population. For reference, in 2014 the National Park Service for Cape Cod counted 80 over the course of the summer and just last summer that went up to about 147.

A particularly noteworthy sighting occurred at the Cape’s Nauset Beach, where a shark was seen feasting on a seal just feet from the shore sending swimmers scrambling for the beach.

Thayer Wade, who was on the beach reading and had shot the vide below, told CBS:

“I looked up and saw the dorsal fin and the tail of what was a great white shark. You didn’t know if it was a seal or a human so it was kind of a heart stopping moment.”

“They were like, ‘Shark! Shark! Get out of the water! Shark!’” O’Brien told Boston 25 News Monday. “I looked back and I could see all this blood coming out of the seal, just shooting out of him.”

There were two teenage surfers nearby who were able to get to shore safely. But that didn’t come without a scare.

“The guy who I pulled out, he thought his friend was dead, because he just looked down and he saw the blood and he heard the screaming,” witness Pat O’Brien said. “The seal made this awful sound. The seal was like screaming.”

The beach was evacuated and luckily no humans were hurt. As for the seal, the poor bastard didn’t stand a chance. 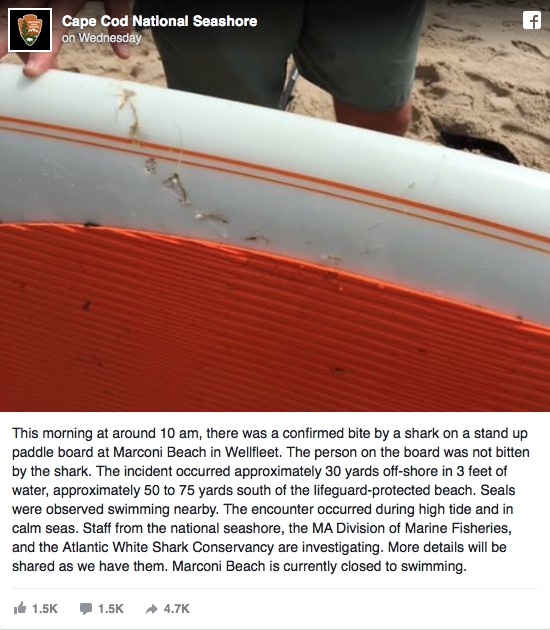