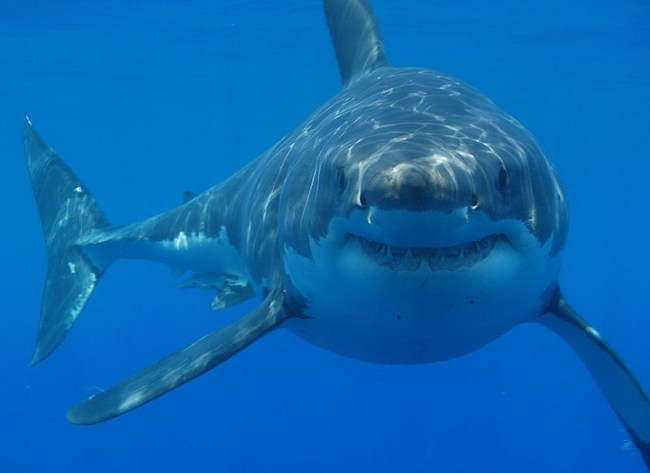 A shocking photo of a massive great white shark has gone viral because it died with a huge sea turtle in its mouth. There were many reports that the shark died because it choked to death on the turtle, but that is probably not likely.

This week there was an intense photo of an 18-foot-long great white shark that bit off more than it could chew and died with a large sea turtle in its mouth went viral.

#Shocking photos showing a #shark #choking on a #turtle have gone viral on social media.

The photos, doing the rounds on #Facebook, were taken in #Japan, and originally posted by Greg Vella on April 20, in a group for fishers pic.twitter.com/sxS8CTq7aJ

The gargantuan dead great white shark was said to be found off the coast of Japan in the Pacific Ocean. The photo that has gone viral is said to be from 2015.

There were many media outlets reporting that the shark “choked to death” including AOL, The Sun, LadBible, Independent and the Daily Mail. However, sharks can’t choke to death from an esophageal block like humans.

RELATED: Sharks Absolutely Terrified Of Orcas, Will Get The Hell Outta Dodge When Killer Whales Are Near According To Scientists

Sharks extract oxygen from the water by using their five pairs of gills, which are on the outside of their body. So a shark won’t choke if food gets stuck in their esophagus because oxygen is coming from the water passing over their feathery gills. As long as a great white shark is moving forward and water is passing through their gills they will not suffocate because they are obligate ram ventilators, which means water needs to keep flowing through their mouths.

Looking at the photo, it appears there are empty spaces where water could go into the shark’s mouth to breathe. So that means that this great white shark probably didn’t “choke to death.” Another explanation for the intriguing photo is that the shark died and then regurgitated its last meal.