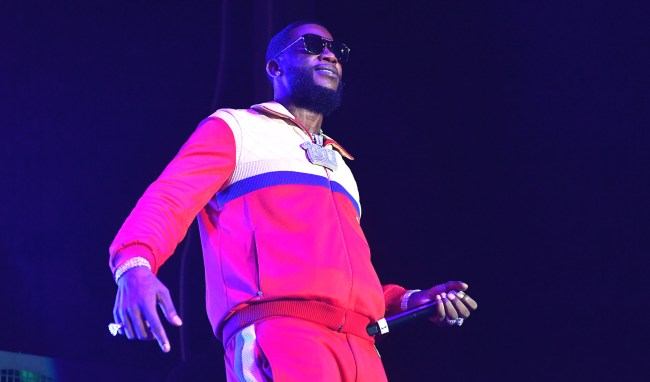 To say Gucci Mane and Jeezy aren’t the best of friends would be a monumental understatement.

That’s why it was so surprising to many when the folks over at Verzuz somehow convinced Gucci and Jeezy to go up against one another this week.

They weren’t always heated foes, however. They did collaborate once on the song “Icy” back in 2005. That also happens to be when things went south as Jeezy claims he wasn’t paid and that he was under the impression that the song was going to be on his album Let’s Get It: Thug Motivation 101. Instead it showed up on Gucci’s Trap House album.

That all led to this…

Then Gucci Mane was charged with murder after shooting Jeezy associate Pookie Loc.

As the story goes, Pookie and three other men broke into the house Gucci was visiting and assaulted him so Mane started firing shots and clipped Jeezy’s friend who was later found dead.

Jeezy denied any involvement in the situation and nine months later Gucci was acquitted as it was determined that he was acting in self-defense.

Since then there have been numerous diss tracks released by both sides targeting the other, as well as a fight between Young Jeezy’s crew and DJ Drama after Drama worked with Gucci Mane on his mixtape The Movie, as well as a brawl between Jeezy and Gucci Mane’s entourages in 2010 the resulted in shots being fired.

Now, Gucci Mane and Jeezy will be going head to head in a Verzuz battle on Nov. 19 and the trash talk continues.

Tuesday night, in the ultimate of low blows, Gucci posted a meme making fun of the fact that he shot and killed Jeezy’s former associate Pookie Loc.

This isn’t the first time Gucci has gone there with Jeezy either. He shared this meme video to his Instagram back in April with the caption, “😂 but fa real tho 😂.”

Mark it down: Thursday, 8 p.m. ET on Apple Music. Gucci Mane vs. Jeezy on Verzuz. It should be epic.