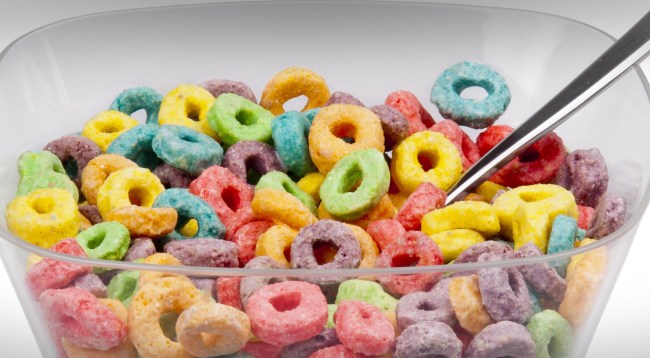 Some things in life are just wrong, especially when it comes to food, like what the end slice on a loaf of bread is called, Chris Evans’ ranking of potato chips, and pineapple on pizza (regardless of what The Rock says).

This week it happened again when some guy on Reddit went viral because he claimed cereal tastes better with water versus milk and immediately sent the internet into meltdown.

He wrote, “I am a true believer that cereal with water is better. The taste of milk conflicts with the taste of the cereal, whereas water does not. While still getting the same texture, water does not ruin the taste of cereal. My friends crucified me when I told them this…so for this reason I am coming here in search of others who share my beliefs of water being better than milk.”

He later added, “I pour the cereal before the water, for those asking.” And then posted a disturbing video.

The top, and very appropriate, response to his cereal claim right now is, “You disgust me.”

The second most popular comment is, “This has to be, by far, the most unpopular opinion in the world. You’re not human.”

Naturally, something as controversial as this also made its way to Twitter because, internet.

I think it’s totally okay to cancel your friends if they eat their cereal with water.

WHO THE FUCK ACTUALLY EATS CEREAL WITH WATER

Meanwhile, some people out there made it very clear that they need to be forever shunned by society.

I'll take my bowl of water and cereal and I'll be fine.

You don't know what you're missing out on. 😃

me: i am going to eat cereal with water