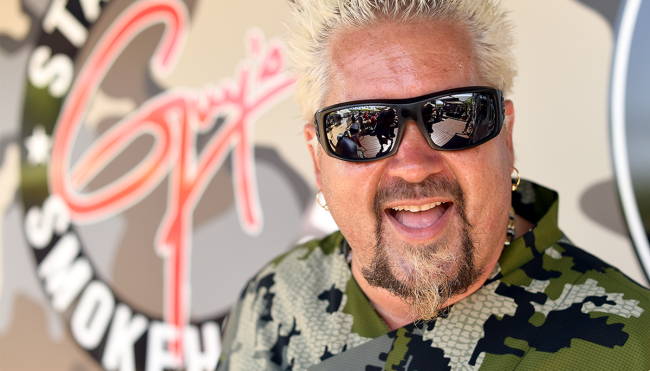 The Guy Fieri Redemption tour has been an absolute delight to watch unfold, as the celebrity chef who long served as the culinary industry’s favorite punching bag has managed to transform into one of the most beloved people on the planet in recent years.

The Food Network personality has a long history of stepping up to help when people need it most, so it didn’t come as much of a surprise that he jumped into action to come to the aid of the industry he calls home by launching a relief fund to help bar and restaurant workers who bore the brunt of the pandemic.

Fieri ultimately helped raise over $25 million with a little bit of help from Bill Murray (and absolutely none from Jeff Bezos). As a result, it was hard not to be happy for him after he signed a monster contract with the channel that propelled him to superstardom that will pay him a cool $80 million over the course of the next three years.

It would appear Fieri is already putting that money to good use, as the Miami News Times reports he once again proved he’s the best dude alive during a trip to Florida for the South Beach Wine & Food Festival last month.

Shortly after his visit, 9beach Latin Restaurant threw up a post on Facebook thanking him for leaving behind a $5,000 tip that was evenly distributed to its employees.

Damn you, Guy Fieri. Just when I think I can’t love you more than I already do, you go and do something like this.