Guy Gives His Girlfriend ‘Ground Rules’ For Seeing ‘Infinity War’ With Him, Reactions Are Mixed 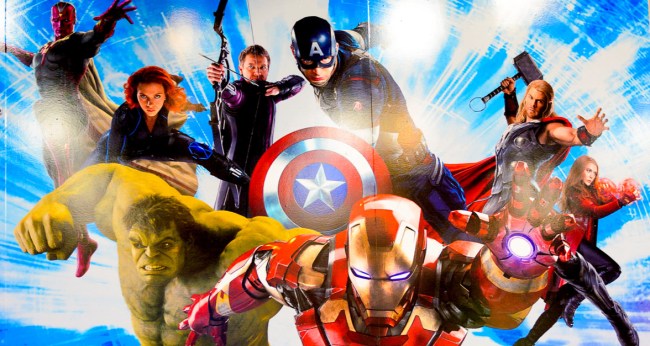 Avengers: Infinity War is a big deal. It’s the culmination of 10 years and 18 movies starring dozens of superheroes from the Marvel Universe.

It’s such a big deal that, while Black Panther set all sorts of box office records, it is going to pale in comparison to what Infinity War does.

How do we know this? Because (a) Avengers: Infinity War already beat the 24-hour ticket pre-sales record set by Black Panther in only six hours, and (b) it is beating the advance ticket sales for the past SEVEN Marvel Cinematic Universe movies (Black Panther, Thor: Ragnarok, Spider-Man: Homecoming, Guardians of the Galaxy Vol. 2, Doctor Strange, Captain America: Civil War and Ant-Man) COMBINED on Fandango.

Those seven movies, so far, have made over $2.5 BILLION at the box office worldwide. So yeah, it’s a big effing deal.

Which is why this guy who went viral on Twitter over the weekend, set six very specific “ground rules” for his girlfriend if she wants to accompany him in seeing Avengers: Infinity War.

This dude set ground rules for his girl in terms of watching Infinity Wars and i'm blown away. 😂😂 pic.twitter.com/yfEB57hG5q

Let’s break it down for you…

1. I’ll buy you whatever you want before the movie. Candy, popcorn, drinks, even a hotdog. But you can’t ask for anything during the movie.

2. No talking during the movie, I can’t be distracted. You got questions? Write them down, I’ll answer when it’s over.

4. If a main character dies, we cry together, if you ain’t crying you walking home. I need you invested in this.

5. If you cancel the movie date, I’ll need 24 hours notice so that I may replace you with a suitable viewer, most likely Jesse. If you cancel last minute and I have to watch alone, you’ll be hearing from my lawyer.

And here comes the kicker…

6. If a crazy white guy wants to come up in there trying to ruin the movie by shooting at people, I need you to take him down quickly and keep him under control. Wait until after the movie to call the police, I don’t need the commotion interrupting the movie.

He then adds, “Following all rules will warrant a trip to your favorite ice cream place after the movie. Any questions?”

All seems very reasonable to me, however, her response of a raised eyebrow smiley face emoji probably means he’s already put in a call to Jesse.

@annguyvn this applies to you too when we go see it

Her next response needs to be pic.twitter.com/rpxSGgNtQV

But he ain't wrong??? If I had a boyfriend to see it with I would set these exact rules. Been waiting too long for this movie to get distracted.

So where do you stand on this very important issue?