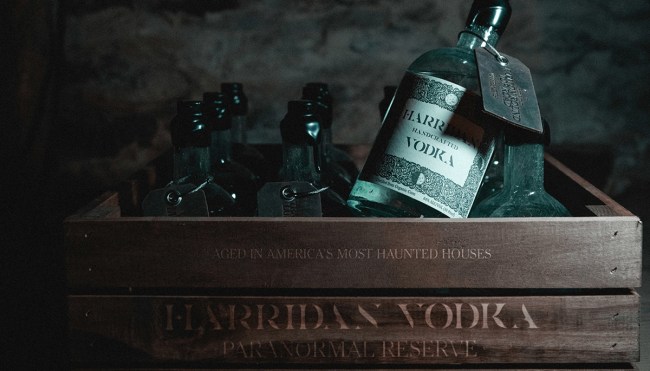 Back in the spring, I decided it was a good time to take a trip to literally anywhere after being largely confined to my apartment in New York City for over a year. After weighing my options, I decided there was no better time to lose my Las Vegas virginity, so I booked a hotel and hopped on a flight for a much-needed change of scenery.

I didn’t really make any plans prior to heading to Sin City aside from pledging to make the obligatory pilgrimage to the only attraction I purchased a ticket for ahead of time: the crown jewel of the tourism mecca that is Zak Bagans’ The Haunted Museum.

For the uninitiated, Zak Bagans is essentially the Guy Fieri of the paranormal investigating world. My appreciation for the Ghost Adventures host was originally ironic, but I eventually reached a point where my love of anything and everything he does is about as genuine as it comes. In 2018, he opened a museum located inside a sprawling Las Vegas residence thought to be home to “hostile spirits” and filled it to the brim with artifacts he’s scooped up over the years, including Jack Kevorkian’s “Death Van,” a possessed doll named Peggy, and some paintings of clowns whipped up by none other than John Wayne Gacy,

Every visitor to The Haunted Museum must sign a waiver acknowledging there’s a risk they could befall the same fate as Post Malone and find themselves haunted by some of the paranormal entities that supposedly call some of the objects you’ll encounter on the tour home. However, that does not appear to be the case with a new line of vodka that’s taking the definition of “spirits” to a whole new level.

According to The Takeout, New York’s Harridan Vodka recently unveiled a special line dubbed “Paranormal Reserve” that spent a week chilling in some of the most haunted places in America. The run is limited to 60 bottles: 36 of them were placed in various rooms in the Farm on Round Top Road (the home best known for inspiring The Conjuring), 12 more took a trip to the Villisca Axe Murder House in Iowa, and the final dozen spent seven days committed to West Virginia’s Trans-Allegheny Lunatic Asylum.

Each bottle will run you a hefty $140 (although you’ll also get a fancy wood box, a certificate of authenticity, and “cloth gloves for handling”), but can you really put a price on the chance to be possessed by a spirit that decided to make its way into a bottle of vodka?