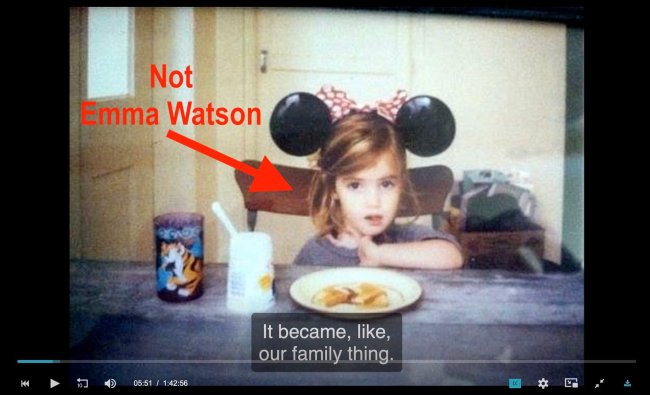 Update: the producers of Return to Hogwarts have addressed the mix-up in a statement to Entertainment Weekly:

“Well spotted Harry Potter fans! You brought an editing mistake of a mislabeled photograph to our attention. New version up shortly.”

Featuring virtually all of the major cast, Harry Potter 20th Anniversary: Return to Hogwarts was a heartfelt retrospective about one of the most iconic film franchises of the 21st century so far. Unfortunately, though, the creators of the series thought they could sneak one by fervent Harry Potter fans, which was a fool’s errand.

Early in the special, as the cast is explaining what Harry Potter meant to them in their childhood, Hermionie Granger actress Emma Watson detailed how her father would read the books to her and her brother and “do all of the voices” while reading. And during this moment, the special showed a photo of Watson wearing Mickey Mouse ears. The only problem was, though, the picture actually wasn’t of Emma Watson, but of fellow actress Emma Roberts.

It’s hard to imagine that this was a simple mix-up, too, as the source of the photo was literally Emma Roberts’ own Instagram account:

Hilariously, HBO Max has since edited the Harry Potter Reunion special, as the photo of childhood Emma Roberts no longer appears and has been replaced by an actual photo of a young Watson. Yes, at about 8:30 a.m. on a Monday, I did this research myself. You’re welcome. 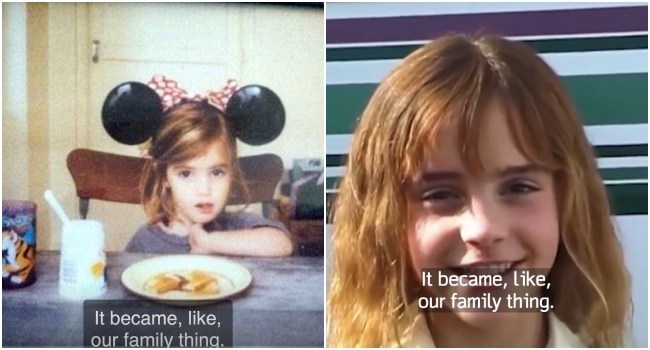 RELATED: The Original ‘Harry Potter’ Director Wants To Make The Sequel, ‘The Cursed Child’, With The Original Cast