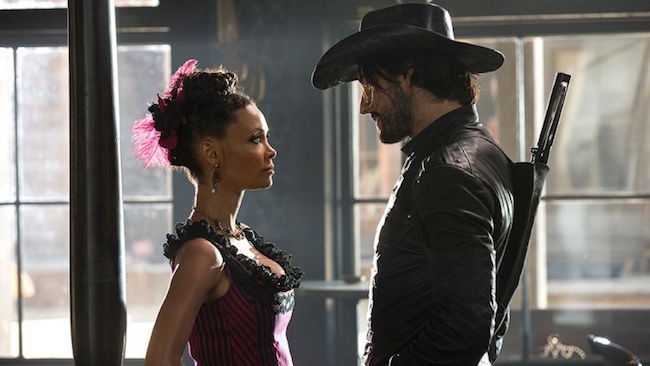 The internet has helped usher in what just might be the Golden Age of Fan Theories— a time when people online dissect every single seemingly minute detail of a movie or television show to speculate about a major plot point that’s hidden in plain sight. We’ve recently seen people question whether or not characters on Friends were actually highly-functioning drug addicts and challenge the actual parentage of the kids in Full House, but those are just scratching the surface when it comes to some of the insane theories that have surfaced.

When it comes to television shows that are currently on the air, it’s tough to top the conspiratorial nature of the Game of Thrones fans as they try to predict who the ultimate winner(s) will be by the time of the final season of the series comes to a close. However, that’s far from the only HBO show that’s currently at the center of plenty of conjecture.

Tons of people devoted their time to deciphering the secrets of Westworld over the course of the show’s initial run, and they’ve already started combing through the small number of clues available concerning the plot of the show’s second season in preparation for its return on April 22nd. A number of theories that surfaced when the epic drama originally premiered— especially on the subreddit populated by rabid Westworld fans— turned out to be accurate, and it looks like HBO has a plan to mess with people this time around.

According to Esquire, showrunners Jonathan Nolan and Lisa Joy addressed fan theories during a panel at SXSW, and said the powers that be are working on a way to take advantage of fans’ penchant for speculation (the leading hypothesis is that they’re planning to plant some fake theories of their own to throw people off the case):

“We’re figuring out how to sort of interact with that in the second season. A somewhat controversial plan that we’re working on; we’ll have an announcement about it in a couple weeks. It’s incredibly gratifying to see people put that much work — not just into deciphering the season, but the fan art and music. The creativity you see coming back at you when you’re making one of these things is extraordinary.”

This seems like the perfect moment to bring up my favorite fan theory of them all: that Jimmi Simpson’s character in Westworld is actually Liam McPoyle from It’s Always Sunny in Philadelphia.

I think the proof speaks for itself.