Listening To Heavy Metal Music Might Be The Key To Happiness 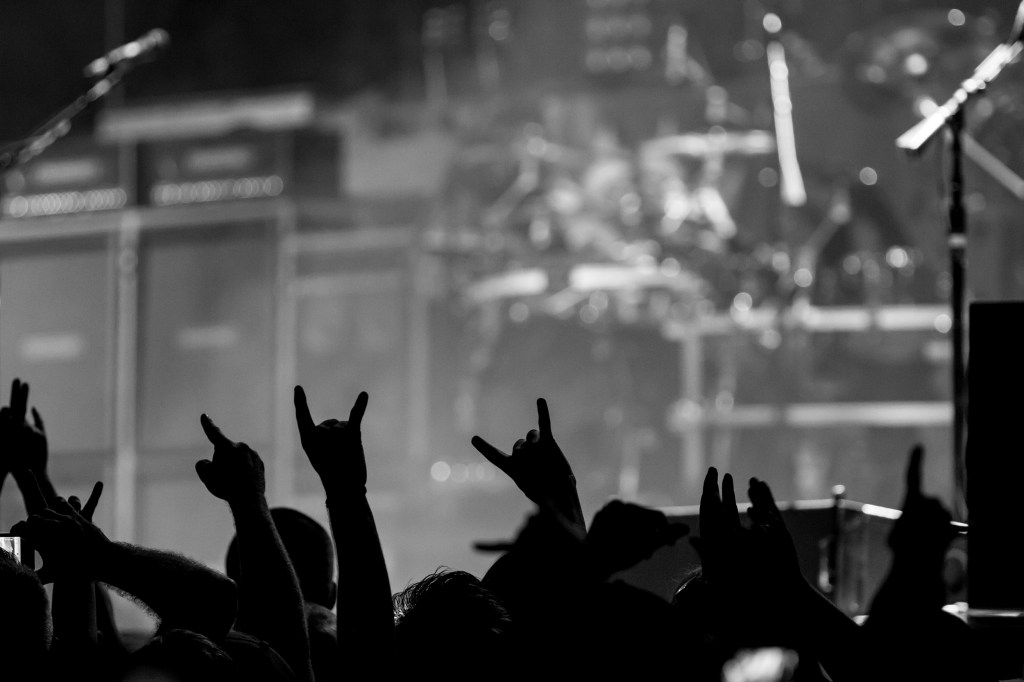 Metal fans are a dedicated breed of music hound. I should know. I am one. I grew up on mean, raucous tunes in the key of f*ck you! As a kid, I used to get ready for school every morning while Ozzy, Halford and Hetfield screamed at me at top volume. I can still hear my dad yelling from the bathroom for me to turn “that crap” down.

Meanwhile, mom’s one-and-only concern was whether this affinity for leather-clad loudness meant that I was a baby-eating devil worshipper. She’d look at me and say, “I won’t tolerate any of that animal sacrificing stuff like they’ve been talking about on Geraldo.”

Only it wasn’t quite that evil – at least not for real. The Heavy Metal scene was just trash fashion with a post-punk attitude. Dudes like us; the so-called trouble-makers; the no good, almost exclusively consumed crunchy guitars, guttural screams, and subliminal messages. We didn’t take any guff off anyone either. Hell no, make fun of our jean jackets embroidered with Iron Maiden and Slayer patches, and you were going to get your ass kicked, man!

Still, in retrospect, metalheads were always some of the nicest people you’d ever want to meet. It’s almost as if they were more fulfilled than other music connoisseurs, and the only heads they really wanted to bang, other than the occasional hippie, were their own. Well, horns up, mother humpers! According to sonic science, there might actually be some truth to this claim.

A recent study by the folks at OneBuy.com found that people who listen to heavy metal are some of the happiest music fans on Earth. The team recently took to Reddit to examine the language habits of music fans and rank them according to the number of positive words they used in the comments. Turns out, rabid fans of heavy metal, the outcasts, the spawns of the doomed scored higher in terms of merriment than almost any other genre. Only jazz fanatics brought more positivity to the forum. “Metal fans were found to use the second most positive language online,” the study authors wrote.

As far as I can tell, this is not just some Internet propaganda designed to inspire parents across the nation to buy their kids the new Cannibal Corpse record. Although, that might not be a bad idea. Any music that shows the younger generations that aggression isn’t always a bad thing and the cancel culture should die a miserable death would be a welcomed scam.

In all seriousness, the very music that sparked a lynch mob censorship movement in the halls of Congress back in the 1980s might just help shape little Jimmy and Jenny into well-rounded, polite young citizens who will open doors for old ladies. They just might do it while humming demonic tunes about corporate organ thieves and serial killers.

Several other studies published over the years have also shown that metal music is less damaging than people often give it credit for. It even comes with a slew of health benefits. One study from Istanbul found that extreme music, like Pantera and Dying Fetus, actually reduces anxiety, blood pressure and heart rate while improving mental health. It’s just a therapeutic outlet for hostility. “In terms of heavy metal, I’d observe that angry music can help listeners process their feelings and as a result lead to greater well-being,” Doctor Ömer Avlanmış, lead researcher, said of the findings.

Other studies have shown that heavy metal also helps with depression, provides a sense of community, and immerses fans in literature that they may not have otherwise explored. Not only are metalheads happier, but they also tend to be more educated and less likely to engage in violent behavior.

Unless you poke fun at their bands – then you’re going to feel the wrath of the Dark Lord, Satan himself! Just because they are happier, doesn’t mean they won’t whup that ass. Truthfully, what makes metalheads more upbeat than other music fans can likely be attributed to their lifestyle. I mean, you don’t need to be a psychology pro to understand that a life of sex, drugs and rock n’ roll is the best recipe for good times.