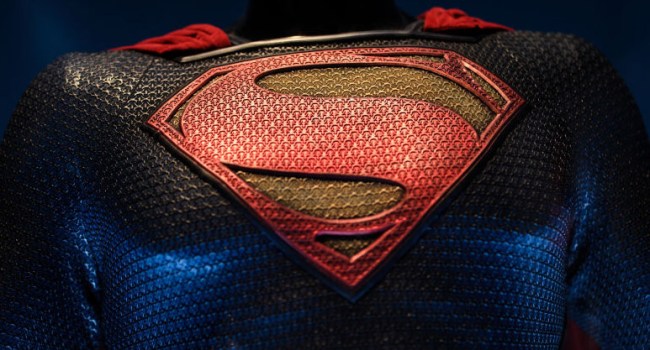 Henry Cavill responded to reports that he is out as Superman, sort of, with an odd, cryptic Instagram video.

On Wednesday, The Hollywood Reporter was very clear in their statement that Cavill would no longer be playing the Man of Steel anymore for Warner Bros. However, later in the day Warner Bros. issued a statement saying they hadn’t officially cut ties with Cavill as Superman…yet.

“We have a great relationship and great respect for Henry Cavill that continues to remain unchanged. Additionally we have made no current decisions regarding any upcoming Superman films,” said a Warner Bros. spokesman, which isn’t actually a full denial.

Both THR and Deadline reported that talks fell through between Warner Bros. and Cavill with regard to an appearance in the upcoming Shazam! movie.

And now, following the statement from Warner Bros., Cavill took to Instagram and posted a completely nonsensical video that we have to assume was in response to all of the Superman drama. Wearing a t-shirt with Krypton Lifting Team on it, Cavill lifted an action figure of himself as Superman up and out of the frame.

Meanwhile, while all of that was going, fans want Nicolas Cage to take over the role that he was born to play.

As you may recall, Cage was at one point so close to playing Kal-El (which just happens to be the name he gave his son), that there is even footage of him in the costume for the Tim Burton film that never was, Superman Lives.

According to @THR, Henry Cavill will no longer play Superman in the DC universe. Somewhere, a cell phone has 20 missed calls and six voicemails from Nicolas Cage.

With Henry Cavill out as Superman, there is only ONE man who can fill the role: Nic Cage pic.twitter.com/YEz3mu164n

Since Henry Cavill isn't Superman anymore, can we finally get that Nicolas Cage Superman movie???? pic.twitter.com/v96NsdVLJW

Starting the campaign now. Nicolas Cage for Superman. You know you want it to happen. pic.twitter.com/CwNWuhDjok

Did I hear WarnerBros is looking for a new Superman? pic.twitter.com/dg9aUctw53

With Henry Cavill out, there's only one person who can save the DCEU and it's Nicolas Cage as Superman, finally pic.twitter.com/eWAB1AAbzP

Starting the campaign now. Nicolas Cage for Superman. You know you want it to happen. pic.twitter.com/CwNWuhDjok

Even if there is talk that the next Superman could end up being Michael B. Jordan.