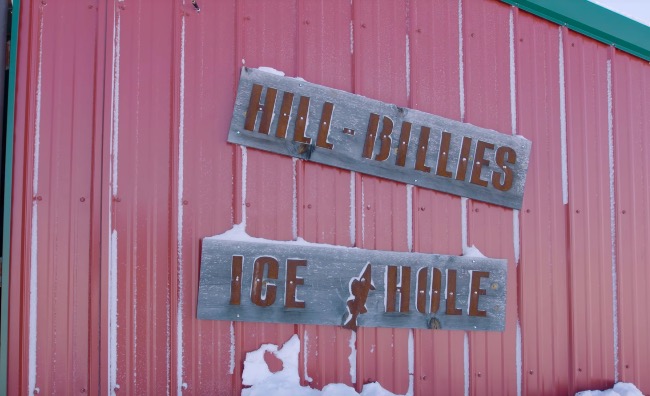 It’s 27 degrees and snowing in parts of Minnesota today and it’s only expected to get over freezing twice in the next week. The ice is thick and that means the Hillbillies Ice Hole bar on Lake Lida is thriving.

The Hillbillies Ice Hole is only open for part of the year, specifically, it’s only open during ice fishing season. It’s a place where ice fishermen can come to shake off the chill and order up a frosty brew (while fishing) on Minnesota’s Lake Lida. I’ve always found that ‘ice bars’ are overrated. But this isn’t an ice bar, it’s a bar that happens to sit on the ice and one that relies on ice fishing. This is, without question, one of the most interesting bar concepts in America:

I grew up in Florida but spent a large chunk of my Summers with family in upstate New York and would hear them talk about how great ice fishing is. From what I’ve gathered the fishing is really just an excuse to get in a hut on the lake and drink for an extended period of time. I’ve never been. It’s 100% in the cards for me at some point. Especially after seeing that it’s possible to open a frickin’ bar on top of a frozen lake….Who’s coming with me?