History Of Things: The Origin Of Poker And Story Of Its Evolution Is As American As It Gets 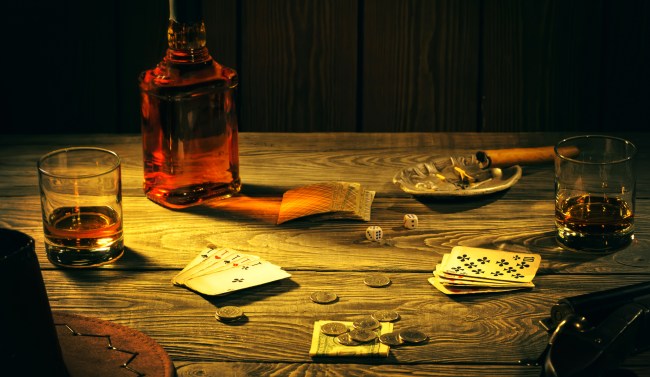 Poker is so woven into America’s idea of itself that it is hard to believe that there was a time when it didn’t exist. But everything has to start somewhere, and poker is no different. And it’s no surprise that poker’s origins and evolution can be seen in the story of America’s own origin and evolution. Basically, we’ve been playing poker since we’ve been a country, and it has been a bedrock hobby and money maker from the earliest days through the Civil War and on to the pioneer days of the Wild West. But where did poker first get it’s start?

Well, some believe that poker is actually derived from the old Persian game of As-Nas, which is basically poker without any flushes or straights, while others think that the French invented it with their game Poque, which seems possible if for nothing else than the names are so similar. And then there is the Irish Poca, which again shares a similar name to our beloved game. But the truth is that no one really knows exactly where poker began, and it probably combines elements of all of the above and many others, which makes it the perfect American game given that we are a melting pot of cultures.

What we do know is that poker as we know it, or at least pretty damn close, was being played up and down the Mississippi River in the 18th century, which was around the time the idea of America was first becoming a thing. Before we were even a country, back when it was just a bunch of colonies and the wild frontier, people were playing poker.

Early on, there wasn’t a standard deck, and people played poker using anywhere from 20 cards to the 52 we know and love today. In the early 19th century, poker was huge in the New Orleans area, which shouldn’t come as a surprise to anyone who’s ever spent time in that fun loving city where virtually anything goes. And, of course, New Orleans has always been the key port of the Mississippi River, that great waterway that cuts the country right in half.

It’s no surprise then that poker’s biggest influences in those early days began in backrooms in New Orleans on hot nights and then spread to the riverboats, where it likely took the shape of the modern game. It was either on one of these riverboats, or on one of the wagon trains headed west from the Mississippi that the deck was standardized to the 52 cards we use today. 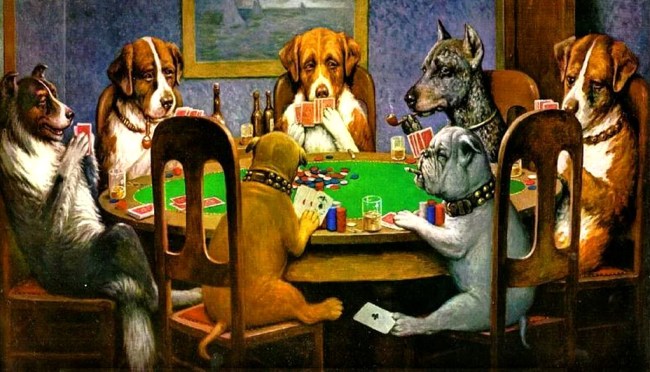 Once the 52 card deck was formalized, the flush appeared, and by 1850, the concept of the draw was introduced. The Civil War saw the introduction of stud poker and the straight, and since so many boys were up and down the lines North and South, it wasn’t long before these became essential elements to the game.

Wild cards first popped up around 1875, around the time the Wild West was first being tamed, and as we’ve all see in the movies, poker became the favored game of cowboys and gunslingers alike. The men and women who built this country, who gave it its colorful character, were the first champions of poker, and because of this, there can be no card game more American than poker. Baseball may be the national pastime, but we all know that America’s first love is a fine night of poker, bullsh*tting with the boys, getting rich for a day, and running out the back door when the cards are running cold. That is America right there.

As time went on, poker flourished as America grew. The 20th century came around and the United States found itself strong and powerful, the envy of the world, and poker got bigger right along with it. When Las Vegas casinos first got into business in the early to mid 20th century, poker was at the heart of their growth, and soon tournaments became a part of the new American Wild West.

By 1970, the World Series of Poker was up and running, and colorful characters like Doyle Brunson and Amarillo Slim became known across the country, and the world. Books began to be written about poker, detailing the best strategies, allowing regular people all across America to get in on the action. As long as you had some smarts and the guts to put your money where your mouth was, poker was right there waiting for you.

TV came along and popularized poker even more, taking it from the lurid backrooms into living rooms everywhere. It soon became something of a spectator sport, allowing fans to feel some of the tension that came with the high stakes without having to risk anything themselves. And once it was on TV, it wasn’t long before everyone had a game going of their own, whether it was just a friendly game with little stakes or whether it was big baller stuff that saw people win big and lose even bigger.

In 1987 California legalized Hold ‘Em and Omaha, which served to make poker hotter than ever. The real boom, however, began when Congress passed the Indian Gaming Regulatory Act in 1988, which legalized poker in Indian casinos. Now everyone was in on the action, and the bigger poker got, the bigger the money, and the more TV networks became interested, like ESPN, which began airing the World Series of Poker every year starting in the late 1980s, picking up the action from CBS which had aired snippets of the tournament from the 1970’s.

It was ESPN who really made poker a true spectator sport, giving the network hours of footage to stuff their airwaves with, and when the internet first started saturating homes in the 1990’s the combination of ESPN and the ability to play poker online created a monster industry that pulls in millions every year. By the time the 21st century rolled around, poker had taken its place as a national sensation.

New poker stars like Chris Moneymaker and Greg Raymer went from obscurity, playing online poker, to starring on TV as ESPN began widening their broadcasts of the World Series of Poker starting in 2003. This coincided with The Moneymaker Effect, which of course takes its name from Chris Moneymaker’s improbable rise from a dude playing online poker alone at home into a world champion and a millionaire. The combination of ESPN’s ramping up of their poker coverage with Moneymaker’s success created a huge boom for poker all across America. All across the world, really, and it wasn’t long before multiple TV networks were airing poker tournaments and a broad variety of poker stars, men and women, became household names. Well, in your cooler households anyway.

Poker has always been America’s game, so it only makes sense that new media adopted it so quickly and easily. Of course, the rise of the internet has also made poker more popular than ever. But before all the TV cameras and all the online games, there were those first games played on Mississippi River boats, colorful characters gambling like fiends and creating the 52 card deck that is ubiquitous today. Those men and women made America what it is today, and that’s why poker is the greatest American game of them all.