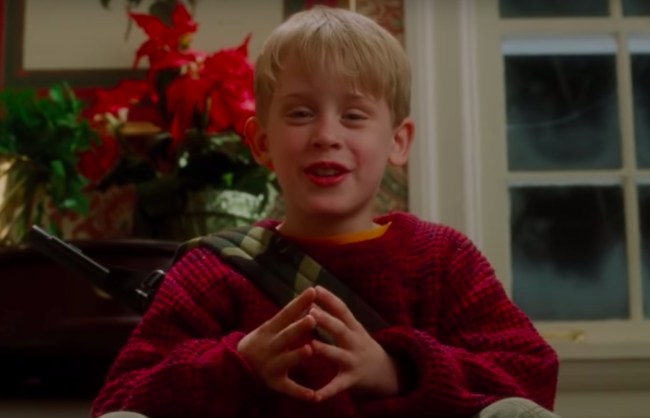 Home Alone is one of the greatest movies in the history of Hollywood. It’s responsible for many a families coming together around Christmas time to get in the holiday spirit, quote the ’90s classic and still laugh at all the scenes that they’ve watched for nearly 30 years now. And, while the film is a major part of most of our childhoods — and even adulthoods these days — if there’s one movie that doesn’t need a reboot, it’s Home Alone.

Yet, here we are, getting the news that Disney plans to create a new Home Alone film — along with things like Night at the Museum and Diary of a Wimpy Kid. Has everyone in Hollywood gone crazy? What in the hell do we need reboots of any of these movies for?

'Home Alone' Reboot In the Works at Disney https://t.co/hBJhPFj0d8

Let’s be honest here: Home Alone could never, ever work in today’s society. When the original flick came out in 1990, Kevin McCallister (Macaulay Culkin) was left at home accidentally by his family, who famously rushed through Chicago’s O’Hare Airport to just make their flight to Paris. In the midst of the madness, they miscounted how many kids they had with them, left poor little Kevin at their mansion in the Chicago suburbs and he defends the crib from the Wet Bandit thieves. Awesome plot. Impeccable execution. Classic movie.

In 2019, though? Well, Kevin would grab a cell phone, call his mom that he had been left alone, she’d rebook a flight for the two of them and they’d meet up with the rest of the family in Europe. Sure, their house would try and get robbed, but with a camera in their doorbell, chances are the Wet Bandits would get caught pretty fast. End of movie.

Considering those are just a few obvious reasons why Home Alone doesn’t need a reboot, when the news broke the other day that Disney is planning on “re-imagining” the film, people on Twitter had some ideas. As you’d imagine, nobody was happy with the idea, so take a look at what some of the things social media said.

Disney wants to reboot #HomeAlone Nobody wants this. Want proof? There are 4 sequels to Home Alone that nobody cares about.
The first movie was perfect. No reboot or sequel will ever recapture the magic that was the orginal. pic.twitter.com/tvJMTiUJSl

Leave it alone Disney it’s fine the way it is pic.twitter.com/e4Z8bmQGZy

disney really has the audacity to reboot home alone and night at the museum??? pic.twitter.com/tEUMKop7HX

I don't want a Home Alone reboot, I want a sequel with Catherine O'Hara and Macaulay Culkin abandoning the rest of the family to go on fabulous vacations

The reboot of “Home Alone” will resolve in 5-10 minutes when they remember about cell phones.

Since everyone is talking about a Home Alone reboot

Absolutely nobody wants or needs a Home Alone reboot Disney. Sure, Lion King might be the talk of the town now, but ruining everyone’s go-to childhood Christmas movie won’t work. Don’t try it. Don’t even tease the idea again. Don’t do it — well, unless it’s a similar idea as to the plot that Ryan Reynolds once thought up.