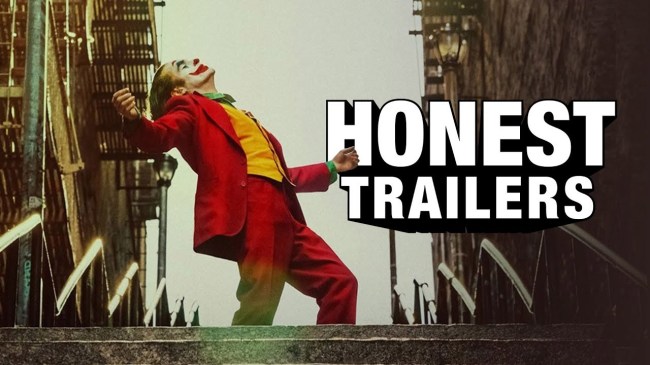 In what can only be described as a “what took you guys so long” moment, the folks over at Screen Junkies have finally graced us with an “Honest Trailer” for the movie everyone has been talking about for the past four months: Joker.

Good lord, has it really been almost four months since Joker came out? And it’s still in theaters? I guess when a movie makes over $1 billion at the box office that sort of thing will happen.

Anyhoo, the people who brought us hilarious and profound “honest” trailers for Quentin Tarantino’s movies, Game of Thrones, and the entire Marvel Cinematic Universe is back taking aim at Arthur Fleck, Murray Franklin, Batman, and the entire DC Movie Universe.

“Prepare for a film the media said was too dangerous for you to see, which made audiences way more excited than regular marketing ever could have. Cruising its way to a billion dollars on a $55 million budget because it got hype like a cinematic fear toxin that would turn you into the Joker even though it ended up being a mumblecore Scorsese riff about the world’s saddest clown.”

But wait, it gets even better.

“Journey to 1980s Gotham where the garbage is high, the clown rental business is booming, and everything…is…yellow.” 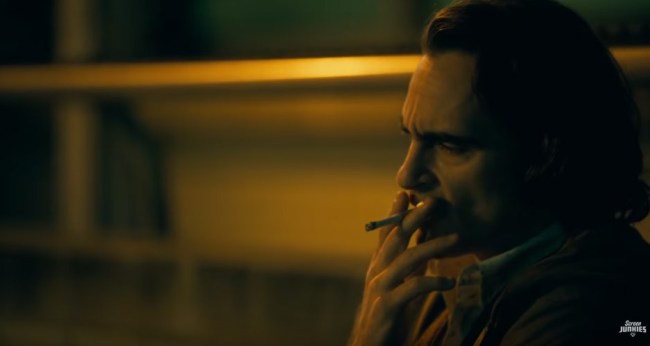 “From this urban squalor a Joker will rise in Arthur Felck and if Marvel is known for making their heroes get ripped, D.C. will one-up them by making their Star get ribs. He’s a loner who deserves all your sympathy for being poor and mentally ill, but earns all of your contempt for being a viral video star and wannabe comedian. He’s got the faded hoodie and everything dude looks like he’s about to ask you to do his podcast.”