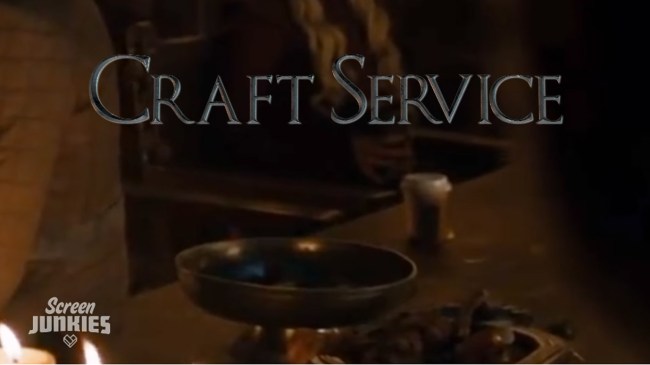 “Say goodbye to the complex heroes that you loved, and say hello to their one-dimensional lookalikes,” says the announcer in this third edition of Screen Junkies’ “Honest Trailers” take on Game of Thrones..

Covering the final seasons, six through eight (especially eight), of HBO’s megahit fantasy drama, this edition is almost painful to watch if you were one of those many fans who were disappointed by the final season of the show.

“It was the highest-rated show of its era. The most talked about pop culture event of the decade. And by the end of its final seasons, one of the biggest letdowns in TV history.”

Oh, c’mon now. It wasn’t that bad, was it? I mean, at least actors seemed satisfied with the ending. What’s that? They weren’t?

“Featuring huge revelations that never really pay off. Relationships that took years to develop turning on a dime. And characters who straight-up forgot their best friends. Or forgot that they had magic shape-shifting powers. Or forgot who they’re at war with.”

Oh well, at least the guys who wrote the final season won’t be ruining any more of our favorite entertainment franchises, right? Goddammit!

“Where the show’s reliably great villains backslide from the Joffrey-esque Ramsay Bolton to the mysterious Night King, who after all fan theories, really was just some dude the Keebler elves stabbed to a tree.”