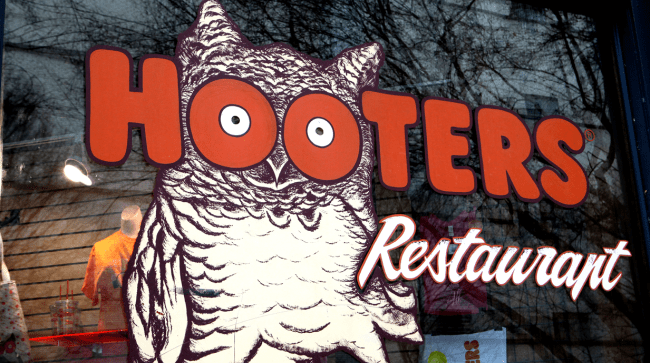 Due to the headquarters’ close proximity to the Masters golf tournament, the Hooters restaurant chain always has a presence during the big week in August, Georgia.

In fact, in what has become an annual Masters tradition, John Daly usually has his RV parked at the local Hooters during Masters week. Plus, the restaurant expands its seating availability by adding a large tent on the property.

So because it is such a big event, Hooters employees are called in to work during Masters week where they can usually make a little more scratch than they’re used to making.

One such employee, a Hooters girl named Alexis, recently went viral on TikTok showing the accommodations the company provided for those employees that were in from out of town. And they weren’t great.

“Low key they did is [sic] DiRtY,” Alexis wrote in the TikTok video’s description, adding in a video overlay, “When you come to work The Masters and you’re sleeping on airmattresses [sic] in an apartment with girls you don’t know.”

Related: Hooters Waitresses Flock To TikTok In Revolt Against The Company’s New Uniform

The Masters TikTok video posted by Alexis has been viewed over 366,000 times as of Monday and as a result she has received a bevy of comments and questions.

“HAHAHAHA girl they did this to us 5 years ago i cannot believe it’s still the same,” commented TikToker @madisonnicole950.

“As a hooters girl that’s been in the game for 9 years this has and always will be what they do,” TikToker @hdotcole1 wrote.

“Oh no they did that to us back in 2014. I left and went to Charleston with a couple girls instead,” TikToker @ashmegz88 commented.

When another commenter wrote, “No one forced you to go,” Alexis replied, “We wasn’t [sic] aware of the living quarters.”

On the plus side, another TikToker commented, “You’ll make enough this week to live anywhere in the world for 3 months.”