Hot Dog-Flavored Hard Seltzer Is Now A Thing That Exists 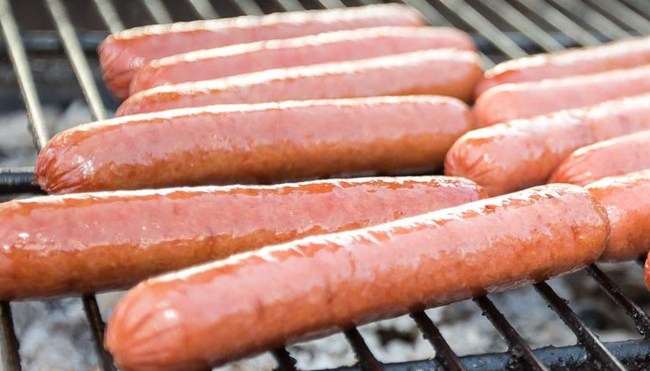 This year marks the third anniversary of the Summer of White Claw and the Great Hard Seltzer Boom that formed in its wake, and at this point, it seems like the countless companies that have pumped out an impossible number of different offerings since then have basically dreamed up every and any variation imaginable.

After Four Loko essentially ended the ABV arms race when it dropped a 12% behemoth on an unsuspecting world in 2020, marketers were forced to scramble to figure out other ways to differentiate themselves in an increasingly saturated marketplace.

That usually involves dreaming up some creative flavors, which is how we ended up with a hard seltzer that tastes like pickles and another inspired by pumpkin spice. I honestly thought the space had Officially Peaked when MSCHF lived up to its name by releasing a hard seltzer made with holy water earlier this year, but it looks like I might have to reevaluate that stance based on a new development out of Texas.

According to WFAA, Fort Worth’s Martin House Brewing Company is gearing up for the release of a new hard seltzer made with some decidedly unholy water, as the brewery recently announced its plan to release Bun Length, a new offering harnessing H2O that was used to cook the hot dogs it will apparently taste like.

The drink, which is the latest addition to Martin House’s The Awesome Sauce hard seltzer line, will clock in at 5.2% ABV.

If you want to get a chance to try what I can only assume is the world’s first “Hot Dog Water Seltzer,” it will make its grand debut at the brewery’s Glizzy Fest on July 16.