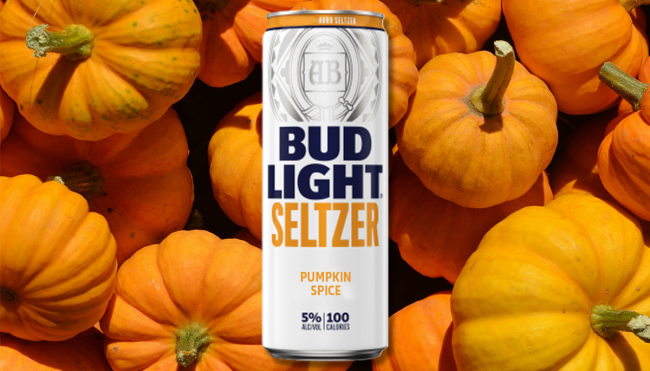 It’s been two years since the world almost plunged into anarchy after rumors started to swirl that you couldn’t be arrested for a crime if you told the cops you were drinking White Claw while committing it.

What seemed to be a fad turned out to be the polar opposite, and since then, essentially every single player in the alcohol industry has gotten in on the hard seltzer action while deploying a wide variety of tactical moves in an attempt to gain the upper hand in this unceasing war.

One of the most popular ways to differentiate a product is to spike it with more booze than the cans it shares shelves with, but you can only raise the stakes so much before risking the mutually assured destruction Four Loko threatened to usher in before things settled down a bit.

Now, it seems like the focus is on dreaming up new and exotic flavors, like the incredibly intriguing concoction a brewery in New York whipped up after teaming up with Warheads. Now, Bud Light is following in their footsteps a bit by introducing three new varieties nobody really asked for but that it appears we’re going to be treated to anyway.

MyBeerBuzz managed to get its hands on three labels that suggest it’s only a matter of time until we live in a world where you can purchase Bud Light Hard Seltzer that tastes like Toasted Marshmallow, Maple Pear, and…Pumpkin Spice, because it’s apparently 2014 again.