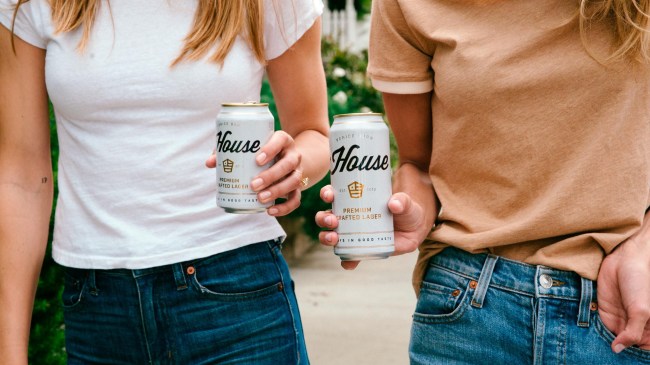 Take a stroll down any grocery store beer aisle and it’s not hard to see that the craft beer world is having an identity crisis. With more flavors and styles available in more places then ever, a fundamental principle appears to be missing from the craft beer experience. Remarkably, it’s the very principle that causes people to reach for a beer in the first place: Refreshment. Or, as they say in the craft beer world, “sessionable”,  which is a fancy pants beer snob way of saying “does it go down easy when you’re thirsty and really craving a beer that hits the spot?”

All too often, the craft beer scene feels so focused on beers that unlock an entire pine forest full of hoppy flavors and the caloric punch of Thanksgiving-supper-in-a-can. Missing from that experience is the old fashion beer drinkers experience: Popping a couple tops on a beer that’s light and drinkable on a Saturday afternoon after helping a buddy move all his furniture into a new apartment or basking in the glory of a fresh manicured lawn from your favorite backyard perch.

Started in Venice, California in 2013, House Beer is leading the charge for a new generation of great lawnmower beers. Like the great workingman breweries of yesteryear, House Beer is only focused on brewing one beer and, therefore, making that beer great in of itself. A 100% independent brewery, the House Beer flagship is a “premium crafted” American light lager brewed with “quality malt and noble hops”

But more importantly, whether you find yourself at the beach or a tailgate, House Beer is tasty and fucking refreshing when you crack it open. You don’t feel like your evening is wrecked when you throw a couple back at the kick back in the afternoon. You don’t find yourself searching for an adjective to describe hops and malts dancing around on your palette.

Perhaps the immortal words of Miles Davis apply to the modern beer scene as much as they do music: “Anybody can play. The note is only 20 percent. The attitude of the motherfucker who plays it is 80 percent.”

And that’s the House Beer experience in a nutshell: The taste of something familiar, with attitude. Absolutely refreshed.

Look for House Beer in 12 oz cans, 16 oz cans, 12 oz bottles, six packs, 12 packs, and on draft at your local watering hole. A fixture in bars and music venues around Southern California, I’m quite fond of the true 12 oz cans, with simple blue and gold labeling as wonderfully schmaltzy as your grandfather’s garage fridge full of Schlitz, Hamms, or Old Style. I recently enjoyed a 12-pack over the 4th of July holiday, throwing a couple in a backpack cooler for a hike up a hill to watch the fireworks all across Los Angeles.

The perfect beer for such a moment.

When you find yourself at a tailgate, bbq, or party, don’t be the selfish weirdo who brings an $18 four pack only to hog it all. Beer is a social sacrament, the more gracefully you age, the more you realize the futility of camping out in a brewery parking lot with an army of sweaty suburban dads just to sip something you can’t share with others.

Delicious, refreshing beer like House Beer is meant to be shared and celebrated, not hoarded like a self-indulgent hobby.

House Beer allows you to pull up to the function with something different, yet familiar.

Be the guy who brings joy back to the phrase “pass me a beer,” not misery or mystery.

That’s what it means to be always in good taste.