How The Hell Has Pete Davidson Made So Much Damn Money? 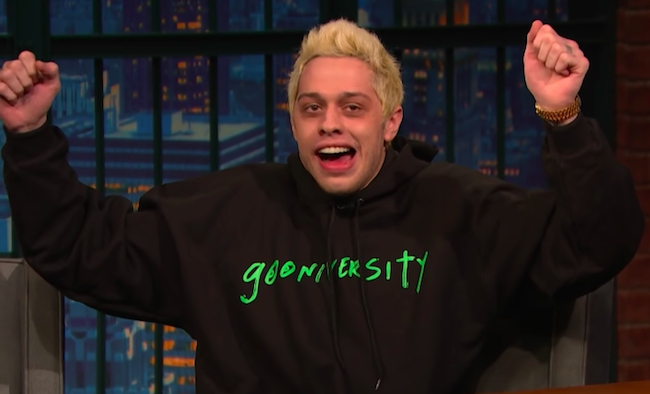 Earlier today, I learned Pete Davidson recently teamed up with his mom to drop $4.5 million on a house on Staten Island that looks exactly like the kind of house that comes to mind when you think of Staten Island.

Now, it’s not exactly the most expensive house in the world but $4.5 million is still $4.5 million, and ever since the purchase came to my attention, there’s been one question I just can’t get off of my mind: How the hell is Pete Davidson so rich?

I did a bit of browsing and found that no one can really come to a consensus concerning the comedian’s net worth but it seems like the most agreed upon figure is around $2 million. So how did Davidson rack up that much money? Let’s try to find out.

Davidson joined SNL back in 2014, and according to IMDb, he’s since appeared on 102 episodes of the show, where he’s spent his time pissing people off in more than a few ways while skating along on a schtick that’s worked out pretty well for him so far.

SNL doesn’t publicly reveal how much its cast members make but Slate estimates he’s currently making around $300,000 per season, so let’s say he’s earned around $1.5 million for appearing on the show, which is certainly not too shabby.

Davidson got his big break when Bill Hader introduced him to Lorne Michaels after he landed a bit part in Trainwreck and he’s appeared in a few movies since then, although he hasn’t really had any big roles.

He’s also appeared on a few television shows aside from SNL (in addition to landing his own Comedy Central stand-up special) and while I can’t imagine he got a huge paycheck for most of those gigs, he’s apparently made enough to be able to justify dropping $100,000 on the engagement ring he got for Ariana Grande before that relationship predictably imploded.

Davidson might not be the biggest player on the comedy circuit but his name carries enough weight to allow him to charge $30 a head for a recent series of shows he’s been doing along with John Mulaney, and while I can’t imagine he makes that much for solo appearances, he’s still done his fair share of touring across the United States.

Despite not having any concrete numbers, the $2 million number doesn’t seem too far-fetched but it also doesn’t explain how Davidson managed to drop as much as he did on his new Staten Island pad (it’s unclear how much his mother chipped in but I can only assume Davidson carried most of the weight).

I can only assume he got on the Bitcoin train early and sold before it crashed harder than his previous relationship. It’s either that or Kate Beckinsale is a very generous sugar momma.