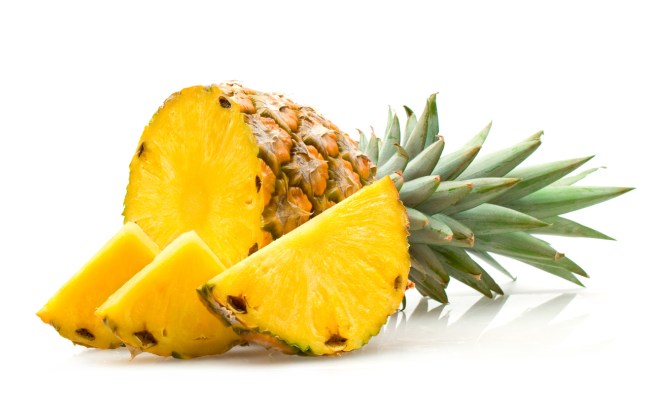 How do pineapples grow? That’s a question you may have asked while in the produce section of your local grocery store and then forgot to find the answer when you got home because you were too busy eating delicious pineapple. Many people believe pineapples grow on trees and that would seem like the correct answer seeing that most fruits come from trees. However, pineapples don’t grow how you probably think pineapples grow.

Where Do Pineapples Get Their Name?

First off, pineapples bear no relation to pine trees or apples, but get their name from “Pine” or pinecones from the pine tree and combined with “apple,” which English speakers often used for many fruits that weren’t apples, including peaches. Originally, pineapples were named “ananas” by locals in South America, which meant the “excellent fruit.”

Pineapples are a member of the bromeliad family, which also includes Spanish Moss and many of the “air plants” sold as house plants. Pineapples are indigenous to mainly South America, but have been brought to Africa and of course Hawaii in the mid-1700s by Capt. James Cook. In 1903, James Drummond Dole started growing pineapples commercially in Hawaii, and canning them to sell all over the world.

How Do Pineapples Grow?

The pineapple plant grows a crown of long, sword-like leaves emerging from the center stalk of the spiky plant. Commercial pineapples don’t generally produce seeds, so to grow a pineapple you’ll need a pineapple, especially the leafy top. In the wild, pineapples are pollinated by hummingbirds and bats.

“When a pineapple plant is ready to produce a fruit, it sends up a flower stalk from that central point,” according to the Florida Fruit Geek. “The flower cluster looks like a little baby pineapple fruit, with a tuft of leaves on top, and the actual pineapple flowers are tiny purple tubes that stick out from the sides of the baby pineapple.” 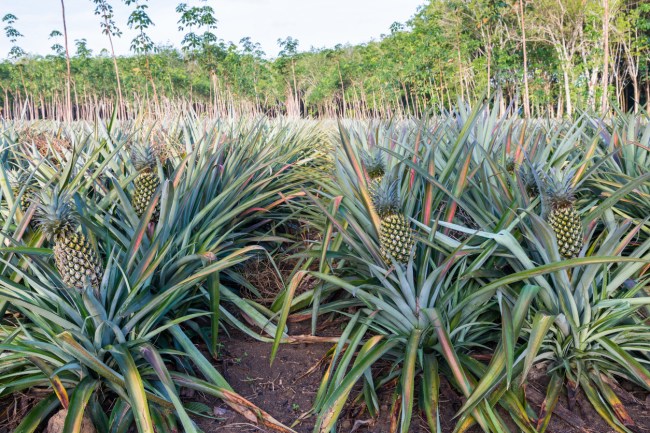 “A pineapple plant can produce up to 200 flowers (and sometimes more) in its effort to create one fruit,” according to Earth.com. “When the plant flowers, its flowers join together to create a multiple fruit. A multiple fruit, or collective fruits, is defined as a fruiting body formed by a cluster of flowers. Each flower produces a fruit, and then the fruits combine into a single mass.”

“The pineapple fruit grows out of the top of the central stem,” according to Live Science. “The fruit is actually the result of dozens of individual fruit-producing flowers that have fused into a single fruit, which is capped with a ‘crown’ sporting numerous short leaves.”

So there you have it, you now can answer the question: “How do pineapples grow?”

RELATED: Square Watermelons Are A Very Real Thing In Japan And They’re Incredibly Expensive, Which Is Mind-Blowing