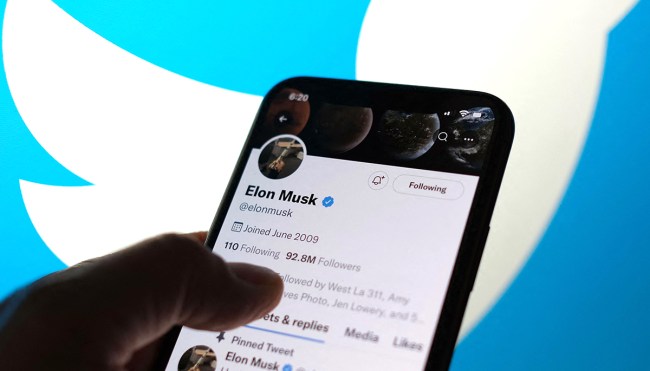 Last week, Elon Musk treated us to the latest twist in the ongoing Twitter saga when he claimed his deal to buy the company was “temporarily on hold” in order to verify the accuracy of the claims that fake accounts comprise less than 5% of its users (as the company asserted in a recent filing).

The news came as a surprise to anyone who hasn’t really been paying that much attention to a story that’s been unfolding since the billionaire scooped up a huge chunk of Twitter stock in April before revealing his plans to acquire the social media platform for $44 billion.

When the news broke, plenty of people (including Mark Cuban) suggested Musk had an ulterior motive for teasing a takeover. Most of those theories fell apart after he was able to secure the required funding, but there’s also some speculation the sale could be falling apart thanks to the recent slide in the price of Tesla stock, which plays a major role in how the financing is structured.

With that said, Musk has been able to shape the narrative to make it seem like the number of bots and spam accounts on Twitter could make or break the deal. As a result, let’s ignore the legal experts who’ve pointed out there isn’t a clause in the contract that would allow him to use that excuse to justify walking away and turn our attention to the question on his (and plenty of other people’s) mind: how many Twitter users are actually fake?

Now, you’re probably aware that accounts offering to make you rich if you send them some Bitcoin and the profiles of attractive women claiming to be in search of a soulmate that may occasionally hop into your mentions might not be legitimate. However, given the number of real people who use Twitter, it’s hard to know just how much of its base they comprise.

On Sunday, SparkToro published the results of its investigation into the matter after researching the activity of around 44,000 accounts over a recent 90-day period. Based on its analysis, the number of accounts it identified as “fake or spam” is actually 19.42%, which (if you can’t do the math), is around four times as high as Twitter had claimed.

SparkToro co-founder Rand Fishkin was kind enough to break down how that number was determined in a thread illustrating the company’s process.

This was not the only sample set analyzed. We also used:

IMPORTANT: No single feature (or even 2 or 3) will mean we classify an account as spam/fake. Usually 7+ are required (though it depends which ones).

We're very conservative with the methodology, opting to miss many spam accounts so as to rarely flag real accounts as spam/fake.

In the report, you can see a graph of how many spam features were triggered by cohorts of the 44,058 Followerwonk dataset.

Is it probable that many accounts our model marks as 4-6 are actually spam/fake? Yes. But, as stated, our intent is to be as conservative as possible. pic.twitter.com/iBILa60ysS

For more details, you can check out the report here.