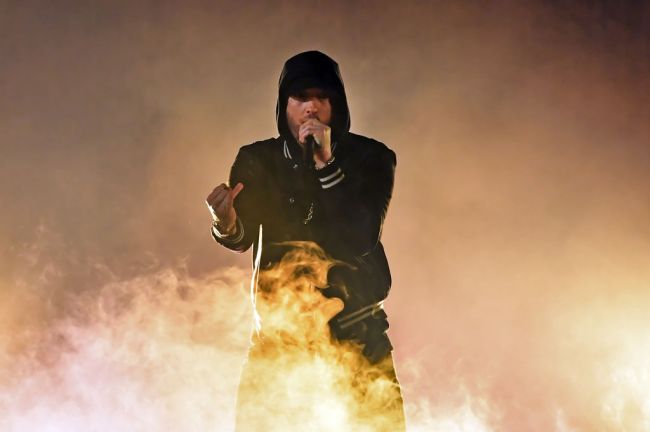 The Slim Shady LP was released on February 23, 1999, now – over 10 massively successful albums and nearly 24 years later – Eminem is still as popular as ever. Eminem recently set records that highlight his longevity and consistency.

Eminem also notched another impressive record by hitting a total extended his own record of having the most studio albums with over 1 billion streams on Spotify. Eminem’s record-breaking albums include The Slim Shady LP, The Marshall Mathers LP, The Eminem Show, Encore, Curtain Call: The Hits, Relapse, Recovery, The Marshall Mathers LP 2, Revival, Kamikaze, and Music To Be Murdered By.

Eminem’s solo discography boasts over 21 billion streams on Spotify – except for his 1996 debut Infinite which is not on the music streaming platform.

RELATED: MJ Vs. Slim Shady: Why Did Michael Jackson Buy The Rights To Eminem’s Music?

Southpawers – a hip-hop site dedicated to Shady Records’ artists – broke down how much money Eminem made on Spotify in 2021.

According to the infographic, it takes 315 streams to make $1 on Spotify. Napster reportedly paid artists the most – 53 streams to earn $1, Tidal Music was second-highest at 78 streams to make $1, then Apple Music at 128, followed by Deezer at 156, 249 streams for Amazon Music, 752 streams for a buck from Pandora, and YouTube Music paid out a minuscule dollar for every 1,250.