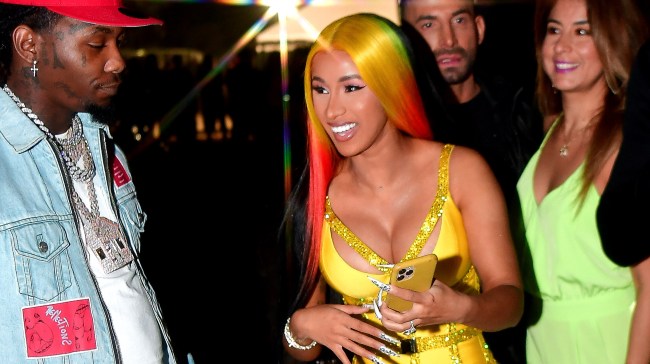 A new list reportedly showing the top celebrity earners on OnlyFans claims Cardi B makes $8 million a month … and she’s just the third highest paid person on the list.

No wonder Jordyn Woods just announced that she too is starting an OnlyFans account.

“ART BABY!! I teamed up with one of the best photographers and creatives in the game @stevengomillion to bring you exclusive content for @onlyfansofficial,” Woods wrote on Monday. “We get to create our story and own our narrative. Be yourself and if people don’t understand you, F**K EM.”

ART BABY‼️I teamed up with one of the best photographers and creatives in the game @stevengomillion to bring you exclusive content for @onlyfansofficial We get to create our story and own our narrative. Be yourself and if people don’t understand you, F**K EM❌ If you want more details go read my exclusive article on @complex 💋 excited for what’s to come. Link In Bio.

Woods, who boasts 11.7 million Instagram followers, is certainly expecting to cash in, charging her fans a monthly fee of $20 for exclusive content. (To put it in perspective, just 50,000 of those fans need to sign up for her account to have revenue of $1 million a month.)

Bella Thorne (and her sister Kaili) was not exactly welcomed with open arms by the sex workers who already have a presence on OnlyFans when she joined and broke the bank.

Thorne, who caught heat from both those sex workers (for affecting their pay system) as well as fans (for not posting nude photos), still sits at number two on the list, raking in a reported $10.6 million per month.

Number one on the unverified list is Blac Chyna, reportedly making as much as $17 million per month on OnlyFans.

The graphic, created by SlotsUp, which was shared (then deleted) by two names on the list, Casanova and Erica Mena, also lists Tyga, Mia Khalifa, Pia Mia, Safaree Samuels, and Megan Barton-Hanson in the top ten, with each one of them making at least $949,000 a month on the uncensored adult-only platform.

My fellow black kings collecting a coin off OF… Salute to #casanova, #safaree and #tyga . True hustlers.