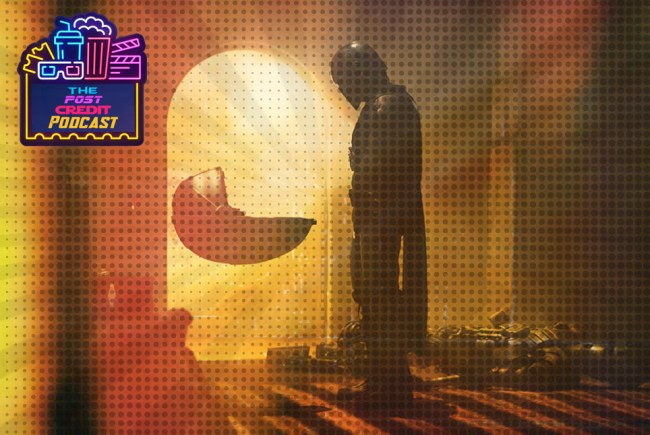 Prior to The Mandalorian, I’d never fully understood the allure of Star Wars, at least to the extent that some of my colleagues and contemporaries do. I’d always say I liked the *idea* of Star Wars more than Star Wars itself.

That all changed with The Mandalorian, though, as the first live-action television foray into one of Hollywood’s most iconic property finally delivered the type of Star Wars story I’ve been waiting for.

In its opening scene, The Mandalorian establishes this won’t be your grandaddy’s Star Wars, as the action is as kinetic and violent as we’ve ever seen in the galaxy far, far away: Mando literally chops a guy in half with a steel door. Then, mere minutes later, his ship, the Razor Crest, is being attacked by an ice monster made of such incredible CGI that you’d be forgiven for accidentally thinking you were watching one of the movies. In its first 10 minutes, The Mandalorian establishes two key elements that would go on to propel the first season forward: this is darker than the Star Wars you’re used to and absolutely no pennies are being pinched.

Then, of course, there’s the obvious introduction of Baby Yoda at the end of Chapter 1, which not only served to reveal the character itself but to establish what sort of show this would be going forward: this is a classic Western tale about a reluctant antihero trying to protect the vulnerable around him. It’s a theme that’s been explored in Westerns across decades, even as recently as 2017’s Logan. While Star Wars films usually utilize a propulsive story-telling device known as the “hero’s journey”, The Mandalorian is more influenced by the inherent stillness and ruminative nature of the Western genre. Think about it like this: Mando and Baby Yoda are the two main characters and they both barely speak.

Whereas most Star Wars fare represents an optimistic look at the power of the collective, The Mandalorian inverts that notion, instead choosing to focus on the growth and moral arc of the individual. It’s everything you love about Star Wars except it’s being told on a smaller, more personal scale. It’s Star Wars as it should be.

We dive into Chapter 1 and 2 of The Mandalorian, in addition to the Mad Max Furiosa prequel casting news, and review season two of The Boys on the latest episode of the Post-Credit Podcast, so make sure to tune in if you want to keep up with all of the latest blockbuster news.

The season three of ‘The Mandalorian’ hits Disney+ on Friday, October 30.