EXCLUSIVE: Here’s How The ‘Shang-Chi’ Director Chose The Film’s Villains 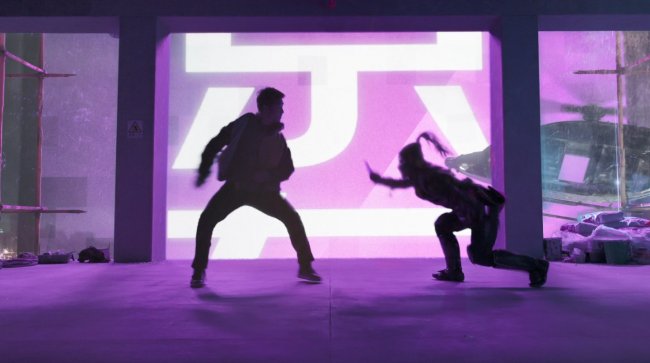 While Shang-Chi and the Legend of the Ten Rings makes history for the Marvel Cinematic Universe in a multitude of ways, one such example is that its villain has already been featured in the MCU… sorta.

If you remember, back in 2013’s Iron Man 3, audiences were led to believe that the villain of the film was Ben Kingsley’s The Mandarin. That, of course, was not the case, as it was infamously revealed that The Mandarian was actually just a ruse played by drunken Liverpudlian actor Trevor Slattery. Fans weren’t happy about it then and they still aren’t today. Do you know who else wasn’t thrilled with Slattery’s impersonation? The real Mandarin, Wenwu, a.k.a. Shang-Chi’s father.

Given the dynamic between Wenwu and Shang, The Mandarin was always going to be the primary antagonist of the film — certainly a wise decision, as the character is easily one of the most sympathetic and vaguely understandable villains in the franchise. What’s awesome about Shang-Chi, though, is that The Mandarin isn’t the only threat Shang faces, as he also must take on Razor Fist and Death Dealer, two famed enemies from the comics.

With The Mandarian locked in as the main villain, I was curious about how director Destin Daniel Cretton went about filling out the rest of the evil roster, so I asked him during our exclusive interview prior to the film:

“Razor Fist and Death Dealer were the more obvious ones from the comics that were a part of the Shang-Chi world,” Cretton told our Post-Credit Podcast.

“Obviously, a character like Razor Fist needed to be updated quite a bit from what we saw in the comics. He has two razors in the comics, so I just couldn’t figure out how to have him do anything *but fight* — couldn’t get him to open a door. It was fun to update those characters and have them be a part of the universe. Those were the main ones from the start, there weren’t really any others that came to the table, to be honest.”

Make sure to check out the excellent Shang-Chi and the Legend of the Ten Rings when it hits theaters on September 3, and to listen to our full interview with director Destin Daniel Cretton when it drops on Friday.

*Top 2 are simply a class above*

‘Ten Rings’ could easily slide up to 6th because if ‘Iron Man’ came out today, not sure we’d hold it in such high regard. Still, its legacy is undeniable. https://t.co/8j4nre6kZW