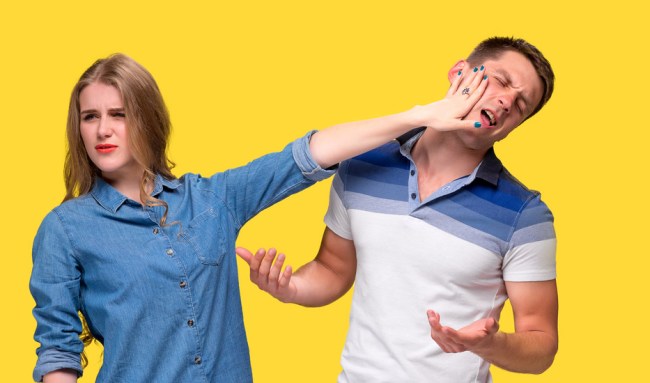 You can’t do anything these days without running into some kind of asshole. Whether you’re going to a ball game, doing some grocery shopping, heck, just walking down the street, chances are high you will run into one of these a-holes.

So what’s a guy to do? Well, thanks to Stanford University psychology professor Robert Sutton, who just wrote a new book called The Asshole Survival Guide, we now have a blueprint we can follow to limit our encounters with them to a minimum.

Sutton, who also authored the book The No Asshole Rule, told Vox that surviving in a world of a-holes is a “a craft, not a science” and his book is about making you better at it.

First, he explained how he got involved in the very unusual study of a-holes.

I’ve done a lot of research on the expression of emotion in organizational life, including how to deal with assholes. I wasn’t using that word at the time, but that’s basically what I was doing. I even did some ethnographic work as a telephone bill collector, where I was dealing with assholes all day long. I was also part of an academic department that had a no-asshole rule — seriously. And we actually enforced it.

Sutton also provided the very important definition of what constitutes an a-hole.

There are a lot of academic definitions, but here’s how I define it: An asshole is someone who leaves us feeling demeaned, de-energized, disrespected, and/or oppressed. In other words, someone who makes you feel like dirt.

And most importantly, and what you came here for, Sutton shared his “best asshole neutralization strategy.”

First, it depends on how much power you have. And second, on how much time you’ve got. Those are the two questions that you have to answer before you can decide what to do. Assuming that you don’t have Dirty Harry power or you’re not the CEO and can’t simply fire people you don’t like, I think you have to do two things in terms of strategy.

To begin with, you’ve got to build your case. You’ve also got to build a coalition. One of my mottos is that you have to know your assholes. We already talked about temporary versus certified assholes, but another distinction that’s really important is that some people, and you mentioned this at the outset, some people are clueless assholes and don’t realize they’re jerks, but maybe they mean well.

In that situation, you can have backstage conversations, gently informing them that they’ve crossed a line. This is simple persuasive work. But if it’s somebody who is one of those Machiavellian assholes who is treating you like shit because they believe that’s how to get ahead, in that case you’ve got to get the hell out of there if you can.

One of the simplest — but admittedly hardest — things you can do is simply learn not to give a shit. Not giving a shit takes the wind out of an asshole’s sails. When an asshole’s being nasty to you, ignore him. Think about when you’ll get home later that night and the fact that that asshole won’t be there and won’t matter. Think about how a year from now that asshole won’t be in your life, but he’ll still be the asshole he always was.

“Not giving a shit takes the wind out of an asshole’s sails.” Those are words to live by, right there.

At the end of the day, if you’re an asshole, you’re a failure as a human being because you promote unnecessary suffering. What else is there to say?

Check out the entire fascinating interview over at Vox…and don’t be an a-hole or none of this will even matter for you.