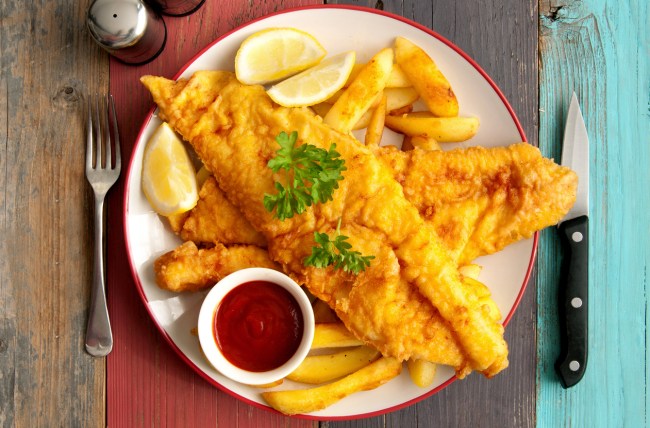 Toss some beer in the cooler, boys, and crank up the Hank Jr. It’s time to go fishing. Ah, yes, if there is one thing that this gnarly, lung-thirsty bug cannot force us to close down this summer, it’s all of the lakes and rivers across the country where we hang out, get drunk and hopefully reel in the big one before the end of the day. I don’t care what anyone says, some good old fashioned redneck angling is perhaps the best definition of the American dream that the nation has right now. Because when there’s a pole in the water, nothing else seems to matter. Not broke dick politics, not mortgages, not the threat of disease, not even the possibility of a wicked death star crashing down to Earth and giving all of humanity the dinosaur treatment. To those who understand this concept, you just know: fishing is bliss. It’s a spiritual journey that just so happens to include a little personal reflection and a whole lot of drinking. And even if we walk away from the water empty-handed, to hell with it. We’re still much better off than when we arrived.

But make no mistake about it, there are those days when not even the crappiest fisherman can lose. It’s like all of the elements have come together to create optimal conditions for pulling those suckers in one right after the other. The temperature is perfect, the sun is about to go down, and the fish are exceptionally hungry. Those are the days when the beer runs warm, and everyone is surprisingly sober because there’s not much time for drinking. No sir, it’s all hands on deck and pole, and unless you are equipped with one of those beer distributing hard hats, you’re probably going thirsty. That’s okay, though, there will be plenty of time to knock back a few at the fish fry. You’ve already put in a few calls, and a slew of folks are coming by soon to get some of that largemouth bass, bluegill and catfish that you and the boys pulled in from the deep.

Man, now that is the epitome of summer.

Unfortunately, what some beginning fishermen don’t understand is that you just can’t throw a bunch of fish into batter and oil and expect those filets to come out tasting good enough to get a show on the Food Network. Freshwater fish can sometimes have a muddy, gamey flavor (caused by a bacteria called geosmin) that most people will be none too excited to have in their mouths. I mean, diehard river rats will tell you that all you have to do is put a little salt and pepper on those bad mama jamas and they are good to go. But these dudes’ palates haven’t exactly matured beyond their caveman roots. They’re just happy to be eating. But for some of us, those guys whose diets do not consist of squirrels and pork ‘n’ beans, we should do what we can to prepare tasty fish dishes that can be enjoyed by all. This is how we do that with freshwater catches:

Keep Your Fish Alive And Cold
One of the first things to consider is how to keep your fish alive and flopping until you get them home. You can keep them on a stringer or in a wire mesh basket submerged in the water while you do more fishing. Make sure they can swim freely, or you could end up with a bunch of dead fish. However, when it comes to getting them from the lake to your house, I highly recommend icing them down. Yes, that stuff you use to keep the beer cold can also serve as a way to prevent your catches from going bad. Fish is one of the most perishable proteins on the planet, so keeping the ones we intend to eat properly chilled is something that should never be overlooked. Muddy tasting fish is one thing, but causing everyone at the fish fry to yak up their guts is another. So, take along a separate cooler and plenty of crushed ice to use as the official fish transport. Try to separate the fish as much as possible (don’t stack them) and surround each of them with ice. Make sure that any excess water is drained off before it’s time to hit the road. We never want our fish soaking for too long, not even if it is in ice cold water. It can ruin the meat.

Get The Muddy Flavor Out
First, if you’ve never filleted a fish before, never fear. There are all sorts of tutorials available online that will help guide you along the way. Here’s a good one for filleting largemouth bass. Now, some people will tell you that largemouth bass isn’t suitable to eat. They’re being overly dramatic. It just has a stronger fishy flavor that turns some people off, but it’s perfectly edible and delicious.

Secondly, if your fish has any dark meat on it, be sure to cut it off. Any yellow or off-colored flesh (typically the kind of fat found on catfish) should be eliminated, as well. To get that muddy flavor out of your catch, though, we can use a few different methods that have been applied in redneck society for decades. The first is to just soak the fillets in 2 tablespoons of salt per 1 quart of water. Another way is to use ½ teaspoon of baking powder to a single quart of water. Those with a real aversion to the gaminess might prefer soaking the fish overnight in milk or buttermilk. You can also use malt vinegar. And no, your fish will not taste like a douche after you cook them.

Beer Batter And Fry It Up
More people like their fish grilled or baked as opposed to fried in these days of healthy eating. Good for them. But, frying is really the only way to go when it comes to cooking the creatures we pull out of freshwater sources. And more than that, how we fry them makes all the difference when serving great tasting fish without any gamey flavors. Going the beer-battered route is the best option here, in my opinion. You could probably beer batter an old tire and it would taste great! It’s a recipe that consists of almost as much beer as it does any other ingredient, giving the fish a delicate, golden brown breading that tastes amazing when washed down with more brew. It’s easy to make, and it will make all of your friends think you’re a culinary God. You can find all sorts of beer batter recipes to try online. I prefer the classic style, like this one from Gordon Ramsey. Only I’m not real big on lagers, so I typically replace that part of the recipe with one of my homebrewed IPAs. From there, just serve the fish with home fries, mac and cheese and, of course, plenty of cold beer. You will forever be revered in your circle as a legend.