How To Mail A Letter 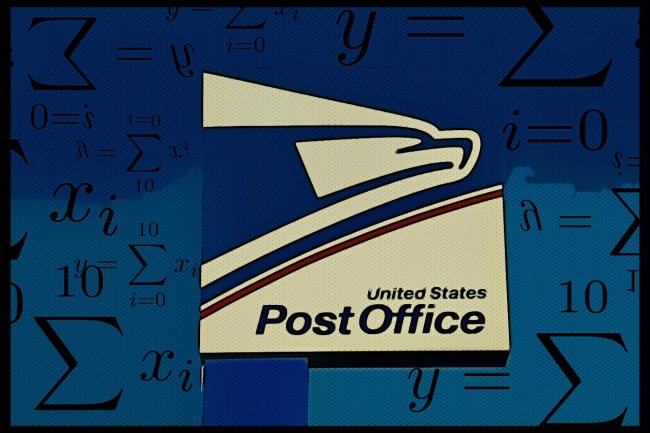 On Saturday morning, I was tasked with sending a letter via the United States Postal Service. 100 of them, actually.

We’re postponing our August wedding due to the lingering uncertainty of the European border situa—whatever, you don’t care. It’s just my life.

“Easy enough,” I said to myself, popping a 5 mg sativa gummy before heading out the door with 100 envelopes my wife spent the previous night performing a rare cunnylingus marathon on. I hadn’t been inside a Post Office since I sent out my college applications in 2004 when the cutting edge technology in the communication space was the Motorola RAZR and chatrooms on AIM.

Maybe Post Office 2021 would have omniscient robot workers who greet you with an iced macchiato complete with your initials written in foam art. Maybe the Post Office was doing a collab with Supreme and they were gifting patrons with limited-edition graphic tees. Maybe Diplo was performing. I didn’t know. But I was excited to see how far our civic infrastructure had come.

How naive I was. The next two hours would become the most the infuriating civic entanglement I’ve experienced in my 34 years.

To avoid suffering a similar kamikaze mission, consider these Post Office hacks before stepping foot in America’s Chamber of Misery.

BRING A WATER BOTTLE AND A NON-PERISHABLE

Before entering your Post Office, most local authorities advise its constituents to bring one canned good and a 32-ounce bottle of cold water to not only prepare for a long arduous day, but to offset the lack of air conditioning, as Big Post Office does not have the budget to prevent heat stroke. 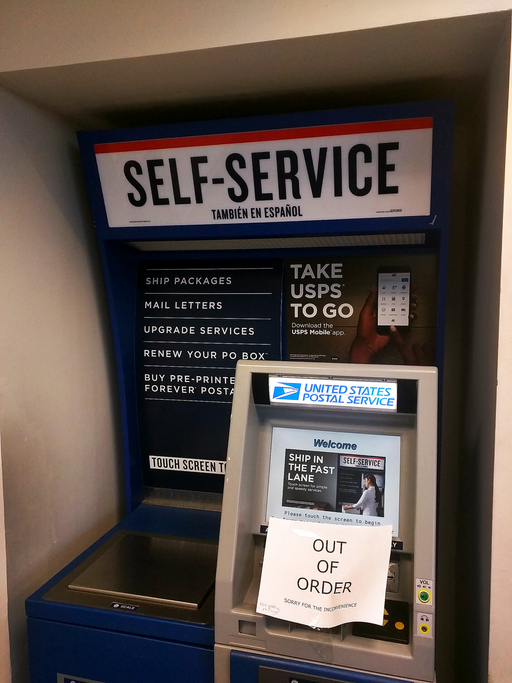 Upon arriving, you may be tempted to approach the well-lit kiosk that reads “Self-Service” to avoid the immobile line forming in front of the flustered employee working alone on the office’s biggest day.

These machines are nothing but a diversion, totally incapable of sending a postcard, and were just implemented to lower the patron’s self-worth enough to subscribe to the delusion that they deserve the continued abuse.

BRING YOUR OWN PEN 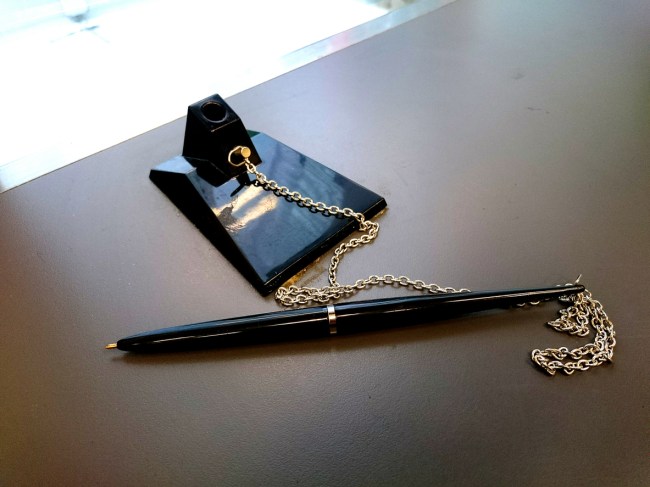 When you finally make it in front of the exhausted Post Office employee after watching The Irishman on your iPad while waiting in line, you’ll notice a shackled pen. You may be led to believe that this is a special pen, filled with the ink Hancock used to sign the Declaration of Independence, worthy of a security measure not allotted to normal pens.

FILL OUT THE FORM BY HAND YOU DINOSAUR 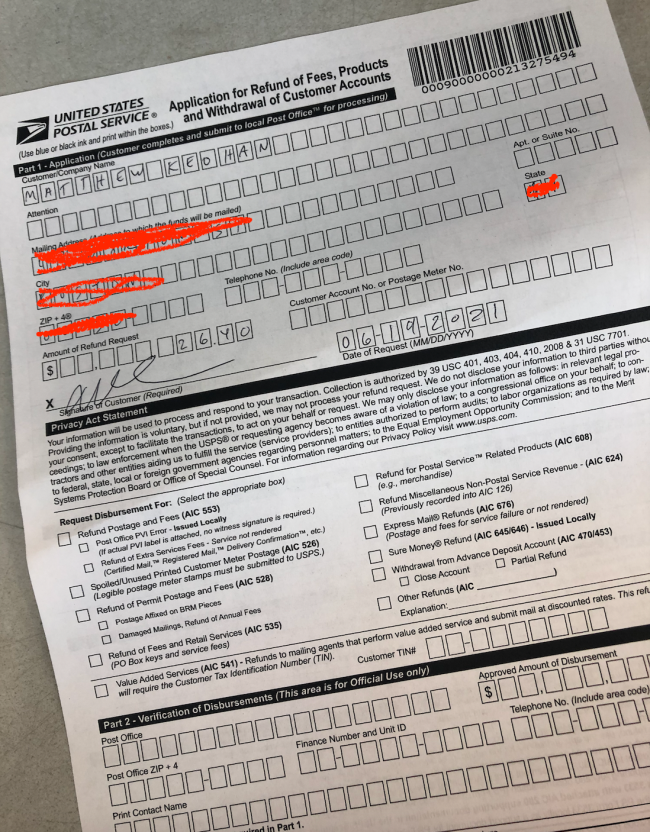 This is the form I was required to fill out after the Devil Kiosk spit out domestic stamps rather than International ones.

“Does it come with an adderall?” I said, half-jokingly to the postal worker.

Her facial expression remained unchanged, and judging by the hue of her complexion, I estimated she’d been dead for three days.

In 4-9 weeks, I should expect a half refund for the stamp debacle, delivered by carrier pigeon.

HAVE A GOOD CRY

Cry. Fear not, you aren’t the first person to have a mental breakdown in the Post Office, and you certainly won’t be the last.

You’ve been carrying around all that personal and professional trauma for years, this hopeless situation may be just the time to unburden yourself from it. Forgive yourself. It’s the only way you’ll ever be able to forgive the Post Office for sending your shit to the wrong Portland.