A New Service Will Let You Sue Robocallers For Up To $3,000 Every Single Time They Harass You 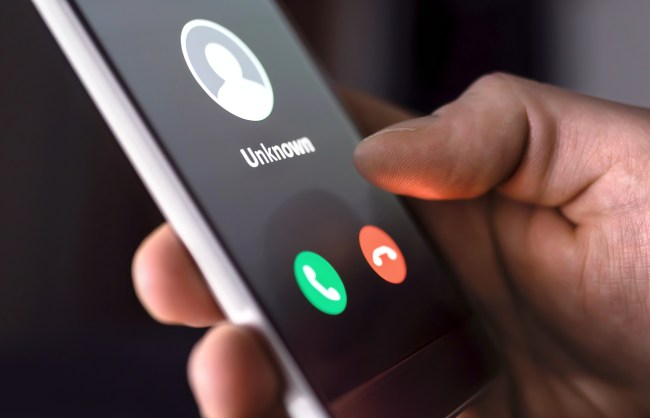 I was in middle school around the time the world was introduced to text messaging, and back then, I didn’t entirely grasp why anyone would bother opting for that form of communication when you could simply hop on the phone and carry out a conversation (it also didn’t help that you had ten cents added onto your bill every time you sent one).

However, texting would soon become the norm, and before too long, an entire generation of students had essentially memorized the T9 system so they could communicate with each other in class without taking their phones out of their pockets while typing.

Nowadays, I basically have a heart attack whenever I get an unexpected call, as I am of the fairly firm belief that a heart attack (or some similarly serious issue) is the only thing that justifies ringing someone up without shooting them a text beforehand.

Over the past few years, I’ve had to deal with my pulse suddenly racing at an increased rate thanks to the rise of robocalls, which have provided me with a steady stream of anxiety thanks to the unknown numbers that have suddenly popped up on my phone in an attempt to scam me in an impressive variety of ways.

A couple of years ago, the Federal Trade Commission hit a man in Florida with a $120 million fine after he used the technology at his disposal to make close to 97 million automated calls over the course of a three-month span.

However, those made up a very small chunk of the tens of billions of unsolicited calls Americans receive on an annual basis. Last year, the FTC announced it was making a concerted effort to crack down on the practice, but based on my personal experience, the agency still has plenty of work to do.

Anyone who has their number on the national Do Not Call Registry is theoretically protected from constantly being harassed, but if that’s failed to stop you from getting swamped with calls you never asked for, a new service has popped up that could allow you to get some sweet revenge on the people responsible for bugging you in the form of some cold, hard cash.

According to Gizmodo, the creators of an app called DoNotPay recently rolled out a feature dubbed “Robo Revenge,” which provides users with a credit card that can be given to scammers in order to obtain information that can be used to track them down.

Thanks to the Telephone Consumer Protection Act, you’re granted the right to sue someone for up to $3,000 if they’re found to have violated your privacy, and Robo Revenge will provide you with the necessary legal documents to make a claim in court.

Sadly, there’s basically nothing you can do if the calls in question are generated internationally, as there are currently no global regulations concerning the practice in place. However, I think we can all agree the world would be a better place if there were.