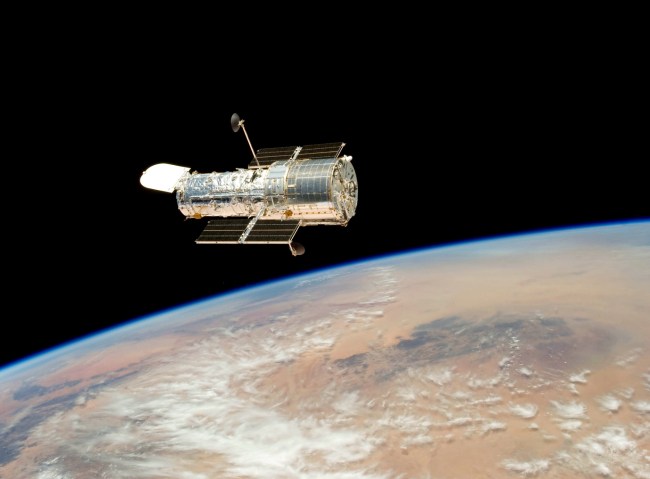 Two weeks ago, the Hubble Space Telescope entered a safe mode after a gyroscope failure. The telescope utilizes three motion-sensing gyroscopes in order to keep itself stable while freely floating in space. In early October, one of the gyroscopes failed and the backup gyro didn’t pick up the slack. The mechanism that had been deactivated for over seven and a half years was rotating too fast, which didn’t keep the telescope in place.

NASA engineers restarted the gyro on October 16th by turning it off for one second and then turning it back on. Then the Hubble Space Telescope did a series of maneuvers that switched the gyro from high-rotation mode to low-rotation mode to “dislodge any blockage that may have accumulated around the float.” The relatively simple fix worked and the gyroscopes started performing normally once again.

They essentially turned it on and off, then wiggled the wires to get the space telescope working correctly again. So basically the same procedure that customer service provides you as a fix to any malfunctioning home electronics is the same that NASA uses to fix the $1.5 billion spacecraft.