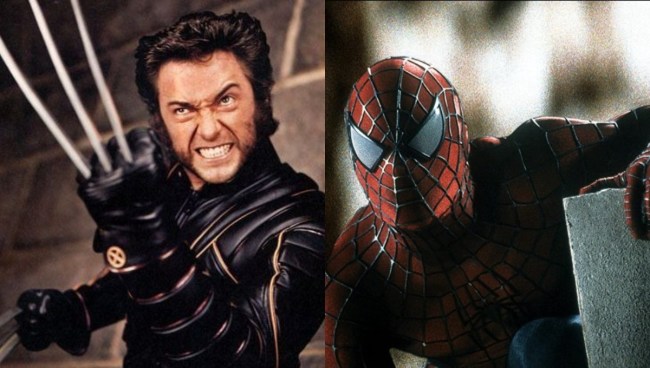 Yesterday — Monday, May 3 — was the 19-year-anniversary of the release of Spider-Man, a true game-changer when it comes to the history of comic book movies.

Now, usually, I like to write these retrospective articles on the day of the anniversary, however, given the deluge of Marvel Cinematic Universe content that was released yesterday, ole Wolverine had to wait.

As legend has it, long before the MCU was nary a twinkle in Kevin Feige’s eye, Hugh Jackman claims that he was set to cameo as Wolverine in 2002’s Spider-Man. He even showed up in New York City to shoot the scene. In fact, the only reason the scene was never filmed because the Spider-Man crew couldn’t get access to the costume from the 2000 X-Men movie, which sounds absurd given the power that Hollywood studios possess.

Hugh Jackman has revealed that he was supposed to cameo as Wolverine in 'Spider-Man' — he even arrived in New York City to film the scene.

However, the scene was ultimately scrapped as the crew couldn't get access to the Wolverine costume from 2000's 'X-Men'. pic.twitter.com/1cqT51twvt

In the first “Spider-Man” — Kevin Feige reminded me of this — we really tried to get me to come on and do something, whether it was a gag or just to walk through the shot or something. The problem was, we couldn’t find the suit,” Jackman told The Huffington Post back in 2013. “The suit was stuck in something. And so when they were in New York when I was there, we couldn’t get it together.”

So, you know, I actually asked some high level people about it. Because the optimist in me goes, “Why not? Why can’t we do it? You know, a split cast or whatever?” And someone reminded that the amount of money Fox paid compared to the amount of money Disney paid is very different [laughs]. So how you split that pie up? God knows. But in the comic books, what’s great about it is they’re just mashing together all the time — and it’s awesome. And people are like, “Yeah, well, let’s get this one with that!” And, you know, I still think, one day, there may be an ability to do it.

Spider-Man certainly isn’t the only non-X-Men Marvel film that Jackman almost popped up in, as Ryan Reynolds *claims* that the original plot of Deadpool 3 (prior to Disney’s acquisition of Fox) would’ve seen Wade Wilson and Logan on a road trip together.

Ultimately, while Jackman’s Wolverine never got to cross over into other franchises, the character did feature is one of the undisputed greatest comic book films of all time, Logan.