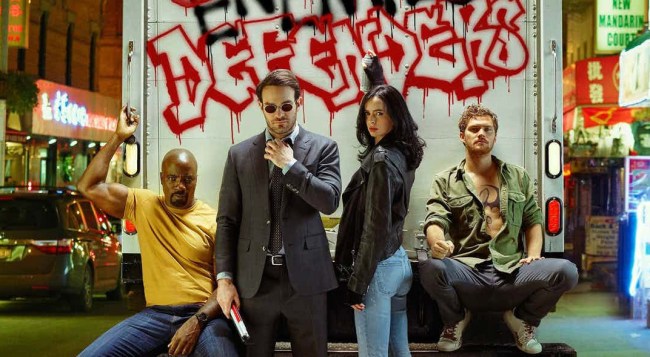 Disney owns Marvel Studios. Disney is also about to own 60 percent of Hulu once its acquisition of 20th Century Fox is complete. So why not put Marvel’s canceled Netflix shows, Daredevil, Luke Cage and Iron Fist (and probably Jessica Jones and The Punisher), on Hulu?

“Marvel has a ton of titles we’d be interested in,” Erwich recently told The Wrap. “It kind of just depends on when they’re ready, [and] who, most importantly, is going to be behind these things.”

At first, fans of the canceled Netflix Marvel shows had hoped it was just a precursor to them being moved to the forthcoming Disney+ streaming service. That now appears, based on reports, to be pretty unlikely as Disney has already committed to creating new series around characters from their films including Loki, Vision, Scarlet Witch, Falcon, and The Winter Soldier.

Daredevil star Charlie Cox is definitely down with continuing to don the cowl, telling Digital Trends he would even do it on one of the new Disney+ Marvel shows.

“I mean sure — if they want me to, if they ask. Again, I don’t know [what] all the rules are, having just, you know, just been canceled by Netflix, I don’t know what the rules are going forward. But it would be great, wouldn’t it?” said Cox. “If at some point in the future we could if you can excuse the pun, pick up the batons one more time … I would jump at that opportunity.”

Speaking to Inverse, Cox was very excited for season four, “I was looking forward to Wilson Bethel kind of getting to inhabit the character of Bullseye. Season 3 was kind of an origin story for the character and how Agent Poindexter becomes that character. So I was looking forward to having a season where he really embodies the Bullseye persona and what that dynamic would be between Bullseye and Daredevil.”

And now, for fans of the shows, at least there is some hope, even if Disney+ isn’t interested.

“We’ve had a relationship with Marvel since Runaways, we’re getting into business on these animated shows,” Erwich added. “I’m sure it will lead to — you know, business gets you business — we have a good creative relationship with them. That’s where opportunities tend to arise.”