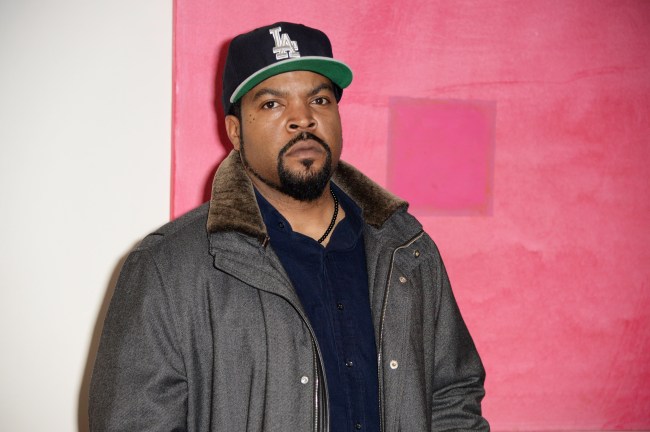 Rapper Ice Cube isn’t thrilled about NBA legend Kareem Abdul-Jabbar calling him out in a piece where he criticizes celebrities for posting antisemitic remarks on social media.

Earlier this week, Abdul-Jabbar wrote a column for The Hollywood Reporter where he blasted several athletes/celebrities for perpetuating antisemitic stereotypes.

THR's columnist Kareem Abdul-Jabbar calls out the hateful outbursts against Jews by Hollywood figures and explains how the muted response "perpetuates racism" and contributes to an overall "Apatholypse." https://t.co/GbQXuaQaol

Recent incidents of anti-Semitic tweets and posts from sports and entertainment celebrities are a very troubling omen for the future of the Black Lives Matter movement, but so too is the shocking lack of massive indignation. Given the New Woke-fulness in Hollywood and the sports world, we expected more passionate public outrage. What we got was a shrug of meh-rage.

Abdul-Jabbar went on to specifically cite Ice Cube for posting several images on social media that promote anti-semitic conspiracy theories that imply Jewish people control the banks and use their power to oppress black people.

Ice Cube’s June 10 daylong series of tweets, which involved some creepy symbols and images, in general implied that Jews were responsible for the oppression of blacks.

Ice Cube’s response was remorseless: “What if I was just pro-Black? This is the truth brother. I didn’t lie on anyone. I didn’t say I was anti anybody. DONT BELIEVE THE HYPE. I’ve been telling my truth.” His “truth” was clearly anti-Semitic but, like Trump, he believes his truth exists outside facts. As writer Roxane Gay summed it up: “It is impossible to take you seriously with regards to social justice or anything when you post anti-Semitic imagery. What the fuck are you doing?”

Cube wasn’t happy about KAJ’s column and slammed the former Lakers great by saying the “Hollywood Reporter obviously gave my brother Kareem 30 pieces of silver to cut us down without even a phone call.” The “30 pieces of silver” reference is a nod to Judas, the disciple who betrayed Jesus in the Bible.

Shame on the Hollywood Reporter who obviously gave my brother Kareem 30 pieces of silver to cut us down without even a phone call. https://t.co/XRXPu0NRBW