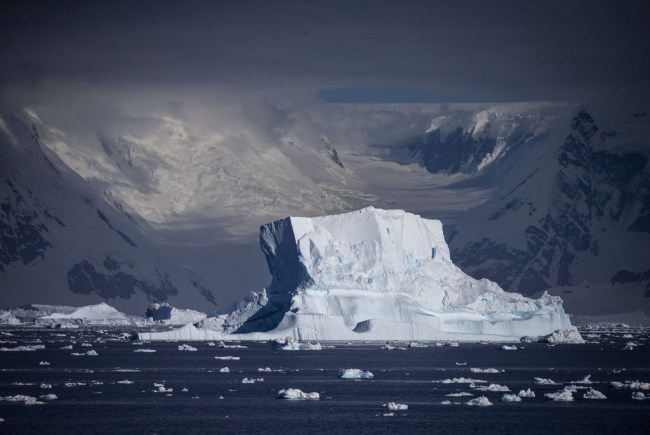 A large piece of ice has broken off of Antarctica’s Amery Ice Shelf, according to reports. How large you ask, well, it’s larger than the city of Los Angeles. That’s correct, there’s a piece of ice out there floating around the size of LA that spans roughly 632 square miles.

After seeing this story on the interwebs I immediately searched ‘world’s largest icebergs’ just to see what we’re dealing with here. Iceberg B-15 is the largest recorded iceberg with a surface area of 4,200 miles, which makes the Los Angeles-sized iceberg look like an ice cube.

This new piece of ice floating off of Antarctica could fit across Iceberg B-15 over six and a half times. The B-15’s comparison land-wise is Jamaica at 4,244 square miles.

I witnessed massive chunks of ice falling off of a ginormous glacier in Alaska a few months back, which is, of course, normal, but so too is an iceberg breaking off of Antarctica larger than Los Angeles apparently. It’s true, scientists say so.

Scientists began tracking the Amercy Ice Shelf 20 years ago as they noticed signs of a major split emerging and this new iceberg is the result.

Scripps glaciologist Helen Amanda said the expected split was supposed to occur a few years back, but those predictions were clearly a bit off.

“I am excited to see this calving event after all these years. We knew it would happen eventually, but just to keep us all on our toes, it is not exactly where we expected it to be.”

Now, back to this whole sequence being totally normal. After reading about any gigantic piece of ice melting or breaking off of the side of a continent like this one most people’s minds probably go to global warming, but nope, scientists don’t believe the two are linked.

“She also added that she doesn’t believe the event “is linked to climate change” but is rather a “par of the ice shelf’s normal cycle, where we see major calving events every 60-70 years.””

‘Calving’ is just a fancy word for breaking off, for those who don’t study ice for a living.

So, in summary, there’s absolutely nothing to be concerned about the fact a piece of ice the size of the second-largest city in America is doing its own thing off of Antarctica now.