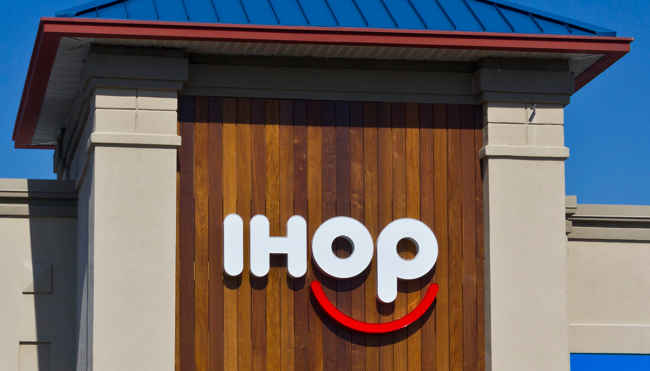 It’s been over three years since IHOP expertly drummed up some press with the absolutely shameless publicity stunt that saw the restaurant pivot away from the pancakes it has historically prided itself on by rebranding as the “International House of Burgers.”

In 2019, IHOP rebranded yet again when it began to shift the focus back to its signature item by throwing a pancake on a burger, and while I’m sure it’s only a matter of time before the chain decides to rile up the internet with some similarly foolish shenanigans, I think most people will be very here for its newest reveal.

According to Food and Wine, it would appear IHOP is gearing up to cut itself a slice of the boozy brunch pie with the “Bubbles, Wine & Brews” section it’s begun to add to menus at select restaurants. While a few locations in the United States were already serving up alcohol prior to this week’s announcement, IHOP will be kicking off the pilot program in New Mexico and San Diego before bringing mimosas, beer, and wine to Rhode Island, New York, and Maryland in the fall.

It’s worth noting IHOP teamed up with a New York brewery to create a Pumpkin Pancake Stout in 2018 but wasn’t actually able to sell the beer at any of its restaurants at the time.

The next big thing from IHOP is brewing. Literally. Find it at https://t.co/sUtZutuPGt #IHOPS pic.twitter.com/1DH1Knjdox

There’s no telling if it’ll be making a comeback, but I can’t think of a better excuse to resurrect it.