Five Easy Ways To Improve Your Standing In Your Grandparents’ Will 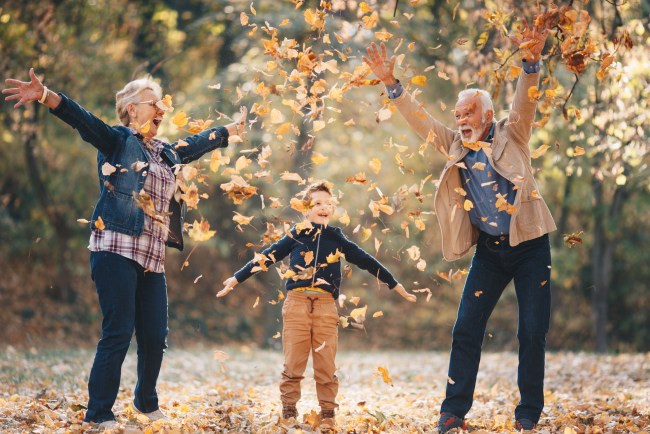 What a time to be young and in line to receive a windfall from your ailing grandparents. Mortality, and its potential riches, has never been closer to mind than right now. It’s important to play your cards right, though. For estate-planning can be a tricky business. And as many lawyers will tell you, a will is never final until a doctor pronounces a time of death.

Here are five useful tips for improving your standing in a grandparent’s will:

It’s incredible how much a handwritten note can buoy your stock. Statistically, elderly folks are the most likely demographic to purchase oversized refrigerators—not because they need more room for groceries, but because they want as much surface area upon which to pin notes and photos with googly-eyed magnets. The more of the front of that fridge you can occupy, the more you’ll be on their minds as they divvy up their assets.

Talk about “The War”

My grandfather didn’t fight in a war, but he probably should have. We really don’t know how he managed to dodge multiple drafts, but I suspect it has something to do with that limp that “found him” around 1941. Guess those childhood theater camps on the Vineyard really paid off. In any case, most grandparents LOVE to read about wars. If you don’t feel like doing actual research, just keep it vague. Refer to it as “the war” and they’ll know exactly what you’re talking about. Or at least, they’ll think they do. And that’s good enough.

Americans who were born before 1940 tend to look fondly upon France. I’m not sure exactly why that is, but it’s completely true and applies to all of them. Many will spend their twilight years attempting to learn French—a language whose sounds and accents provide a testing challenge for anyone losing control of their droopy mouth muscles. I’ve attended more than a few French tables with my grandfather, and it’s not even close to fun. They switch in and out of English with no discipline, ask you to repeat yourself constantly, and blow their pneumatic noses in cloth napkins because social graces are no longer their concern. Larry David would like a word…

This can be a tall order, but it goes a long way. Those pill boxes that specify the days of the week are helpful, but you should try to commit the brands and names to memory. Use flash cards, download the quizlet app, have your girlfriend test you like Veronica Vaughn in Billy Madison. All the “ines” and “mycins” and “zoles” can blend together, but just know that literally blending them together could amount to murder in some states. There’s no point, anyway; you’re so close. Let nature take its course. Once you sound like Jake Gyllenhaal’s character in Love and Other Drugs, you’ll cement yourself as heir to their barely-used canoe.

Gain dirt on their estate lawyer

Everyone has skeletons, especially estate lawyers. If you dig deep enough, you’ll find the dirt. Hire a private investigator. They’re pricey, but it will be worth it when you present him with an envelope filled with photos of his side family in Des Moines. His “ethics” tend to take a back seat when his world is about to crumble. He’ll have that red pen uncapped and ready for whatever revisions you and papi settled upon over brunch.